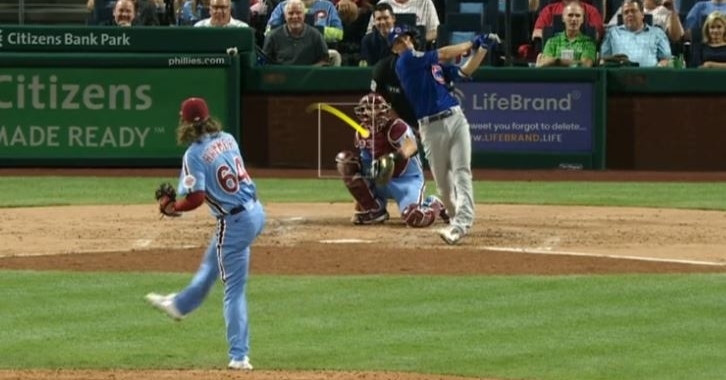 Cubs second baseman Matt Duffy smacked a three-run homer to left field in the third inning to put the Cubs up a commanding 7-0 against the Phillies.

The Phillies fans weren't very happy with the homer as a showering of boos came down from the home crowd. In total, the Cubs sent 12 men to the plate and scored seven runs in the inning.

It was Duffy's fifth homer of the season as it traveled an estimated 377 feet with an exit velocity of 100.3 MPH.

Duffy has now hit a homer in back-to-back games for the first time in his career.

Matt Duffy makes it a 7-spot in the 3rd! pic.twitter.com/CUqVzOjlDL

Pressbox view of the homer: