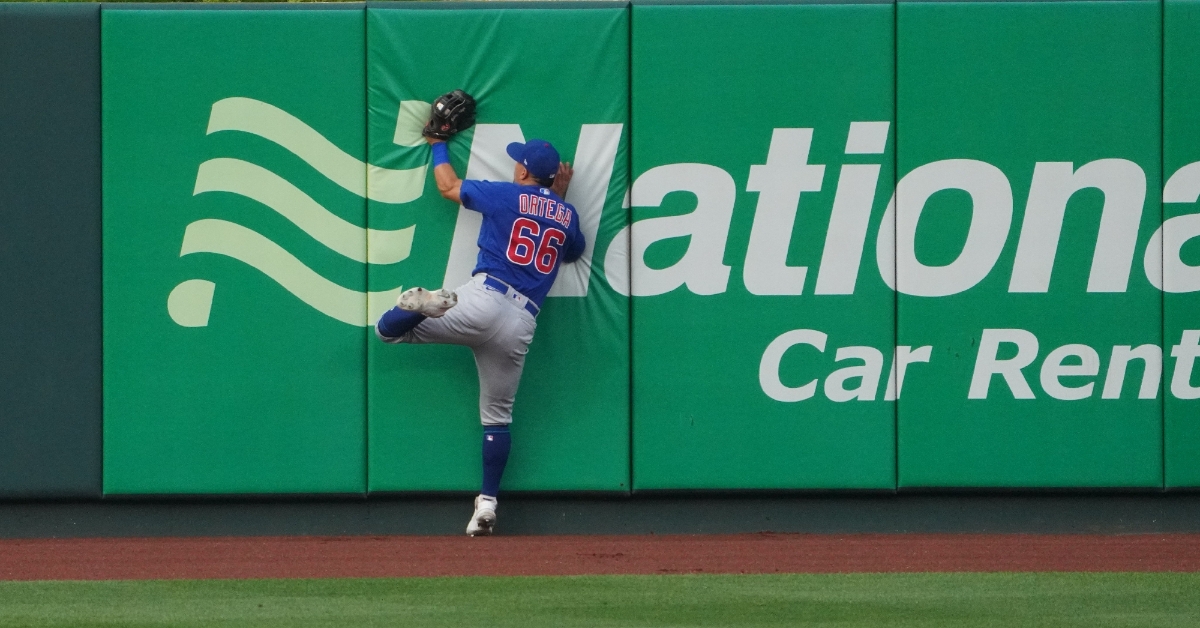 Rafael Ortega managed to hang onto the baseball after crashing into the center field wall. (Credit: @WatchMarquee on Twitter)

ST. LOUIS — The first defensive play of the game for the Chicago Cubs on Monday was a doozy, as Rafael Ortega, who was making a rare start for the North Siders, hauled in an immaculate catch while crashing into the center field wall. St. Louis Cardinals right fielder Dylan Carlson smacked a line drive to deep center field but was robbed of a hit by Ortega, who served as the Cubs' starting center fielder before moving to right field later in the game.

Starting pitcher Alec Mills expressed his appreciation after Ortega prevented him from giving up a leadoff knock in the bottom of the first at Busch Stadium. Hustling toward the wall while keeping his eyes fixed on the ball, Ortega leaped and caught the liner in the air before colliding with the wall. Ortega bounced off the padding and landed on his feet after corralling the backhanded grab, making for quite the impressive web gem.