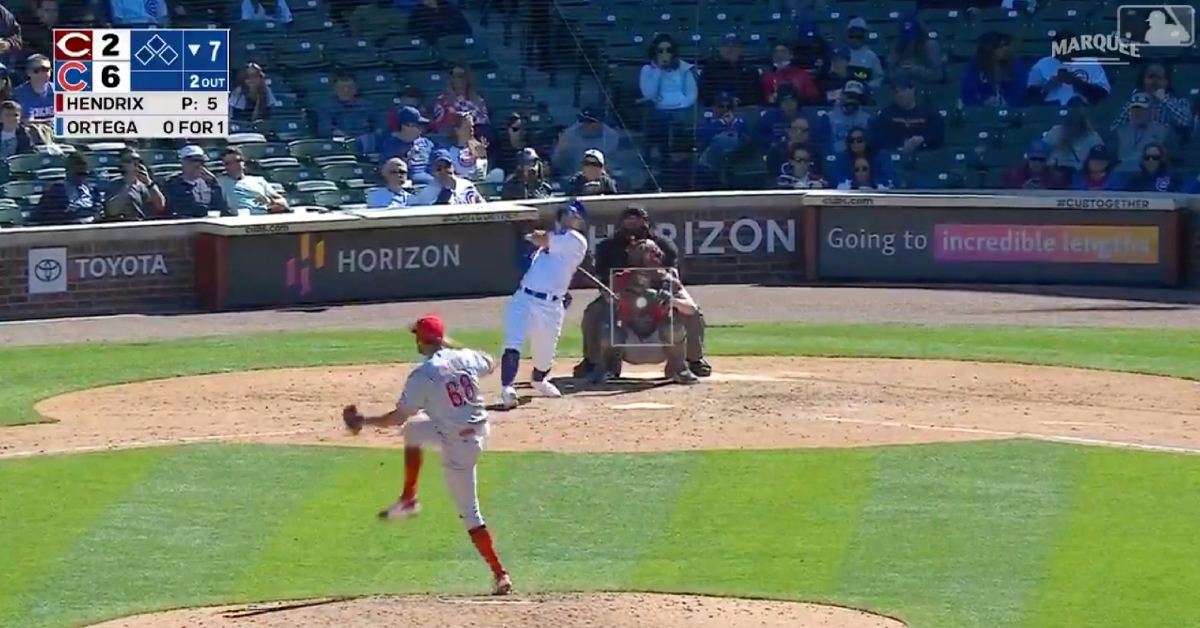 Rafael Ortega tallied his first home run and first RBI of the season just one inning after a blown call did not go his way.

CHICAGO – Chicago Cubs right fielder Rafael Ortega was recently called up, and he hit his first home run with the North Siders on Saturday, putting his team up 7-2 over the Cincinnati Reds in the bottom of the seventh. Ortega smacked a 383-foot dinger out to right field off a 95.1-mph four-seamer thrown by reliever Ryan Hendrix. The long ball landed in the basket atop the outfield wall at Wrigley Field.

Ortega was hosed in the previous inning when an obvious hit by pitch was ruled a strike, even with Ortega pulling his bat back in time. That at-bat ended with Ortega bunting foul with two strikes, but the outfielder made up for it by swatting a solo shot, which left the bat at 107.7 mph and 22 degrees, his next time up at the plate.