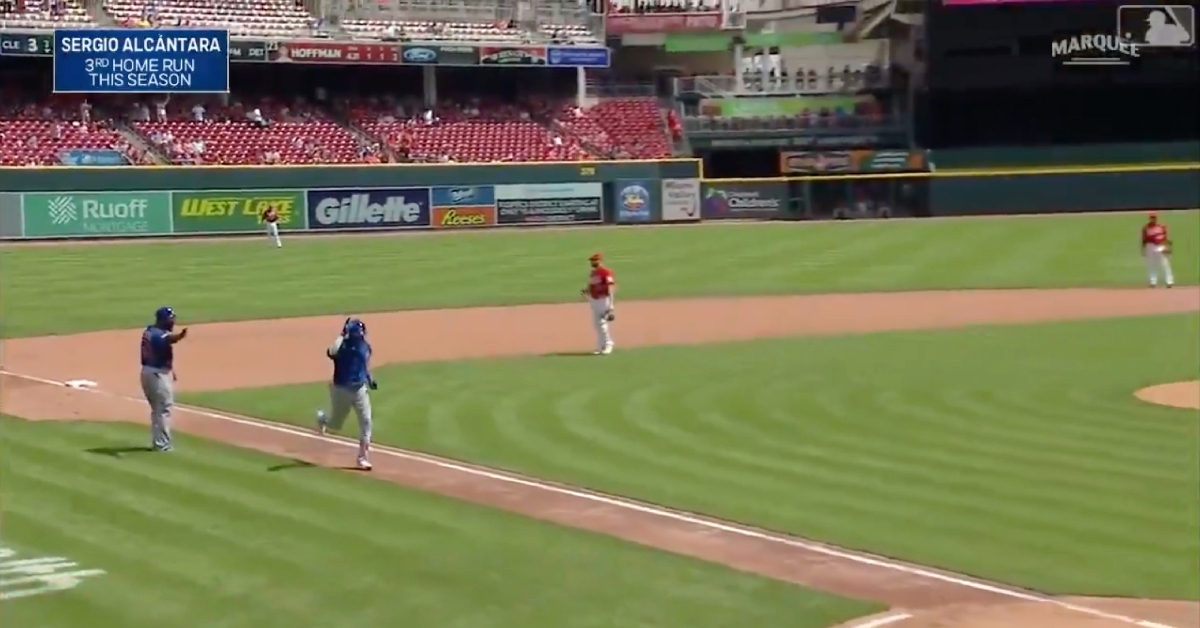 CINCINNATI — With the Chicago Cubs' third home run of the day, shortstop Sergio Alcantara led off the sixth inning with a blast to right-center field on Wednesday. The dinger off Cincinnati Reds reliever Jeff Hoffman traveled 386 feet and increased the Cubs' lead at Great American Ball Park to 6-1.

Alcantara now has three homers and eight RBIs on the year. He sent a 94.8-mph four-seamer into the seats, with the long ball sporting an exit velocity of 102.1 mph and a launch angle of 24 degrees. Earlier in the game, left fielder Ian Happ hit a solo shot and right fielder Michael Hermosillo powered out a two-run bomb.