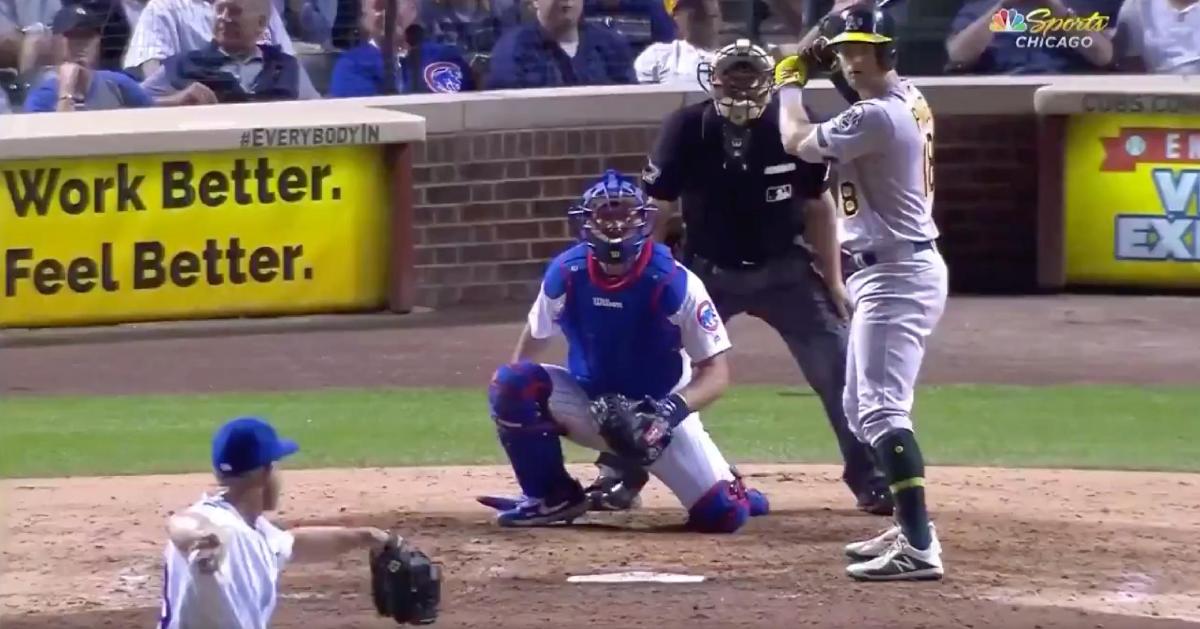 CHICAGO — With the Chicago Cubs getting blown out 11-2 by the Oakland Athletics in the top of the ninth on Tuesday, Cubs manager opted to let left fielder Kyle Schwarber, a former catcher, dig in behind the plate at Wrigley Field for the first time in a long time. Furthermore, Maddon selected catcher Taylor Davis to toe the rubber for his first career pitching appearance.

Cubs starting catcher Victor Caratini had already been moved to first base after getting banged up on a play at the plate earlier in the game, so Schwarber, the emergency catcher, was called upon to catch when Davis, who filled in for Caratini at backstop, discarded his catching gear and stepped onto the mound. Although Davis struggled early on by loading the bases before recording an out, he somehow found a way to get out of the inning without giving up a single run.

Davis' athleticism helped him escape the jam unscathed, as he fielded a comebacker and rifled a throw home to Schwarber for a force play that marked the first out. Then, the A's flied out and grounded out in consecutive at-bats, thus leaving three runners stranded. Fans gave Davis a rousing ovation as he returned to the dugout after drawing the third out, and he could not help but crack a smile after throwing 12 pitches under 70 miles per hour as part of a scoreless outing.

It's not how we envisioned the night going. pic.twitter.com/Ay2XIYYeke

I just watched Taylor Davis pitch to Kyle Schwarber. Say what you want about the game but that was fun. #EverybodyIn pic.twitter.com/rasNWanJd7