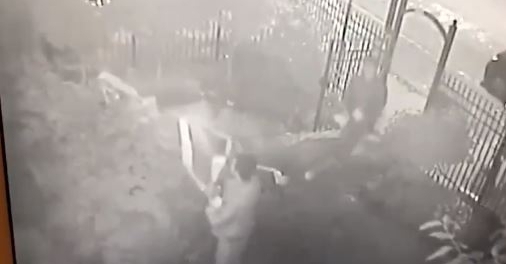 Epstein and Co. pranking Jed Hoyer a few years ago

Former Cubs president Theo Epstein will always be remembered by Cubs Nation for helping the team break a title curse that lasted 108 years.

Epstein had a funny side beside the serious day-to-day grind he brought to the ball club the last nine years.

The Athletic's Sahadev Sharma posted a short clip of Epstein TP'ing Jed Hoyer's house two years ago when Hoyer went home a little too early for Epstein and some of the front office guys.

Hilarious stuff by Epstein and Company as they were caught pretty red-handed by the home security camera.

Best of luck to Epstein in the future as he will go down as one of the most important Cubs general managers in the history of the franchise.

Check out the funny video below:

Yes, Theo really did TP Jed's house. And The Athletic even obtained some video footage of the incident. pic.twitter.com/zFhsck0eB9