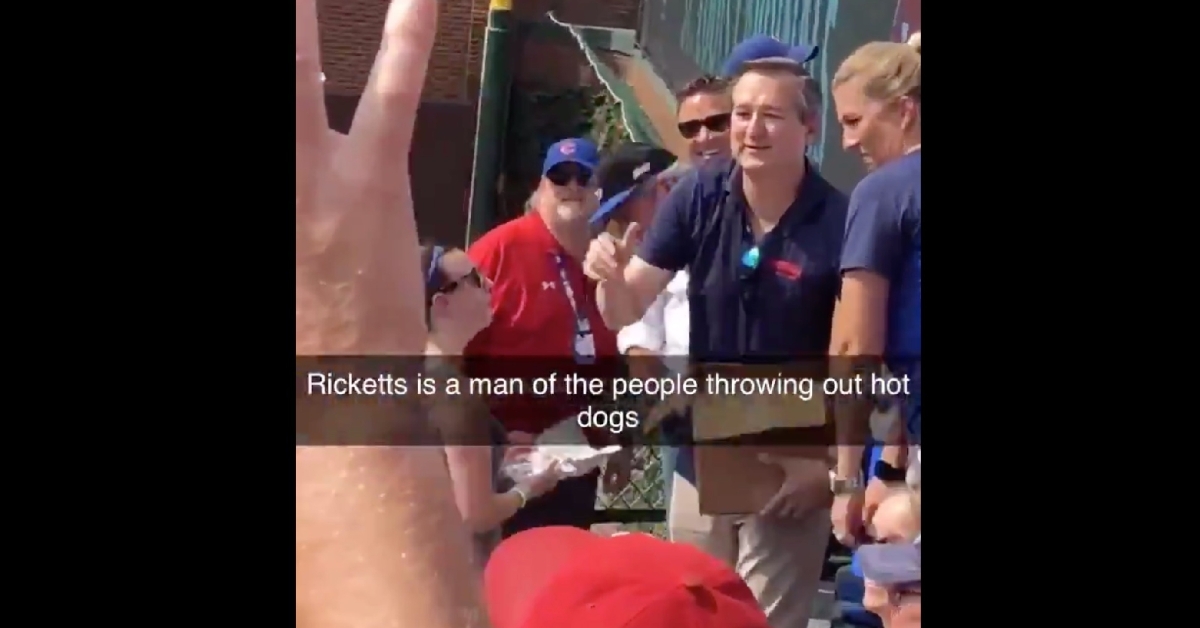 CHICAGO — Winning some brownie points with the Bleacher Bums, Chairman of the Chicago Cubs Tom Ricketts, the most prominent member of the Ricketts family ownership group, served as a hot-dog vendor for a portion of Friday's game at Wrigley Field. Tossing hot dogs to hungry fans, Ricketts navigated the bleachers while the Cubs took on the St. Louis Cardinals.

The Cubs lost to the Redbirds by a final tally of 2-1 in a fairly uneventful contest, but at least some of the Cubs fans in attendance were able to go home knowing that one of the most powerful people in Chicago provided them with a frankfurter. Ricketts may come under fire in the near future, should the Cubs miss out on the playoffs, but at least he will have his wiener-vending escapade to rest his laurels on in the face of fan scrutiny.