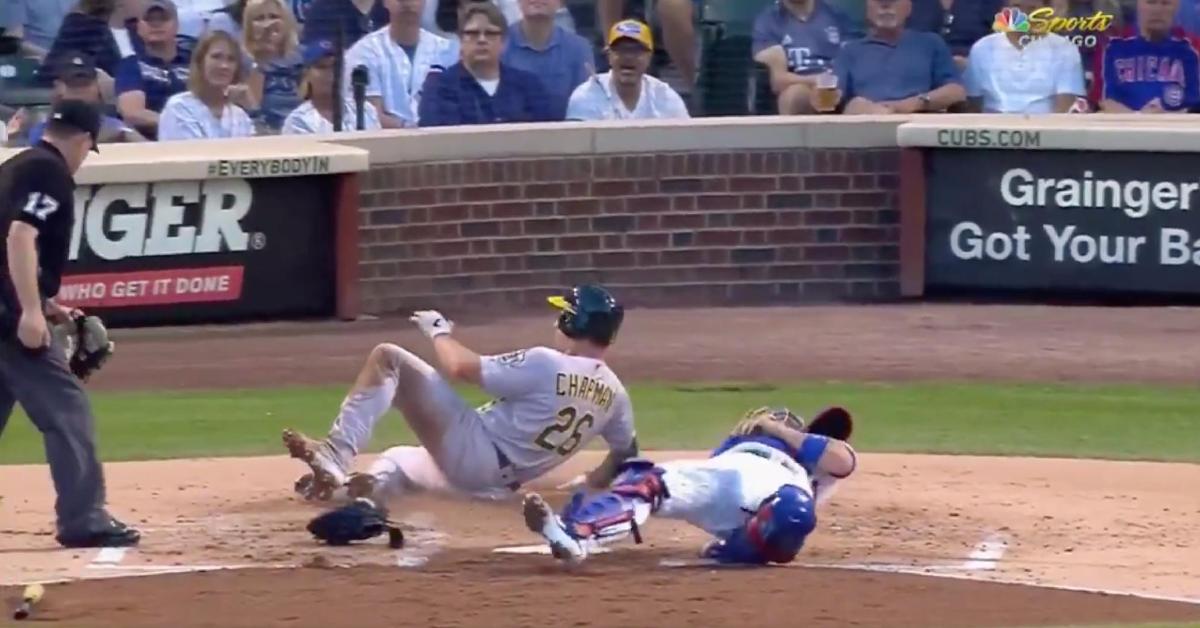 Cubs catcher Victor Caratini was spiked in the hand on a play at the plate but was able to shake off the pain.

CHICAGO — With the Chicago Cubs already missing starting catcher Willson Contreras due to injury, the North Siders endured a scary situation when Victor Caratini, who is filling in as the starter behind the dish, was shaken up on Tuesday night. In the top of the second of the Cubs' contest against the Oakland Athletics at Wrigley Field, Caratini was spiked in the hand by A's third baseman Matt Chapman on a play at the plate.

Although the slide by Chapman was somewhat reckless, the spiking of Caratini was assuredly unintentional, with Caratini reaching out to tag Chapman on the lower body before Chapman cleated Caratini's left hand. The contact caused the baseball to fly out of Caratini's mitt, resulting in Caratini being charged with an error. Although Caratini was able to shake off the ailment after briefly writhing around in pain, he ended up being moved to first base prior to the to the top of the fifth, as Taylor Davis took over as the Cubs' catcher.