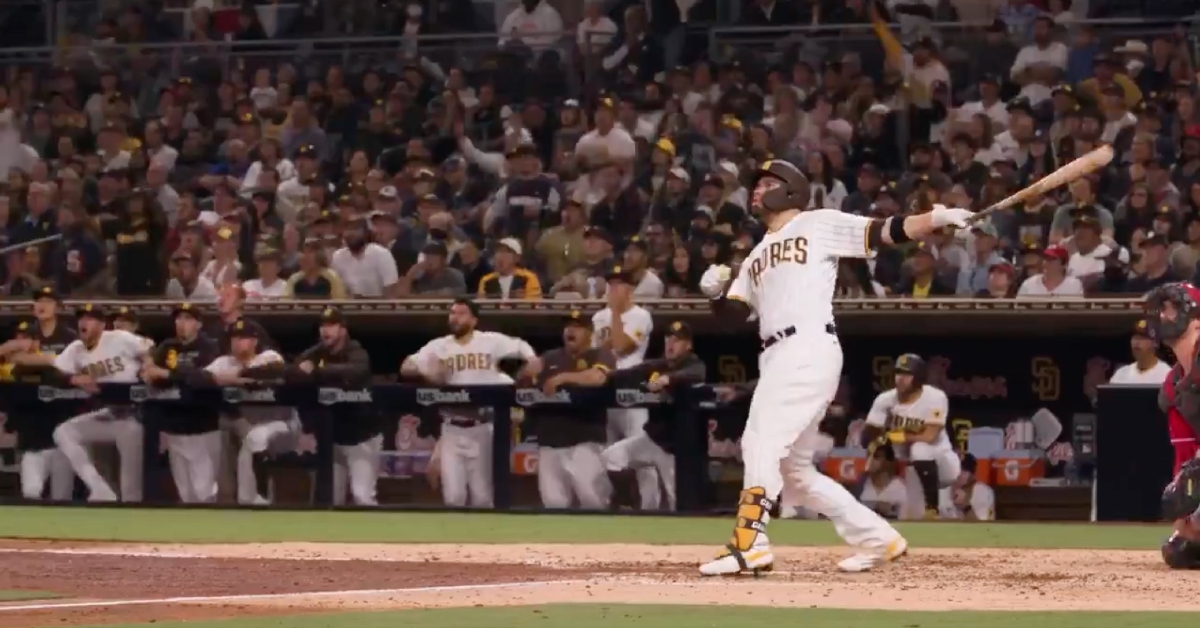 SAN DIEGO — Entering the ninth inning of Thursday's contest at Petco Park, the San Diego Padres led the Cincinnati Reds 2-0. Both offenses came alive in the final frame, with each club plating four runs and the Padres winning 6-4 in walkoff fashion at the first full-capacity game at Petco Park this season.

The thrilling finish was highlighted by catcher Victor Caratini, who was traded by the Chicago Cubs to the Padres in the offseason, hitting a walkoff two-run homer. Earlier in the bottom of the ninth, first baseman Eric Hosmer tied the score at 4-4 with a two-run jack, and Caratini's 378-foot blast supplied the Padres with a victory.

Caratini went yard off reliever Amir Garrett, a longtime foe of the Cubs. The bomb to left field came on an 85.6-mph slider and was sprayed off the bat at 100.6 mph and 30 degrees. Second baseman Jake Cronenworth was plated via the two-run shot, Caratini's fifth long ball of the year.