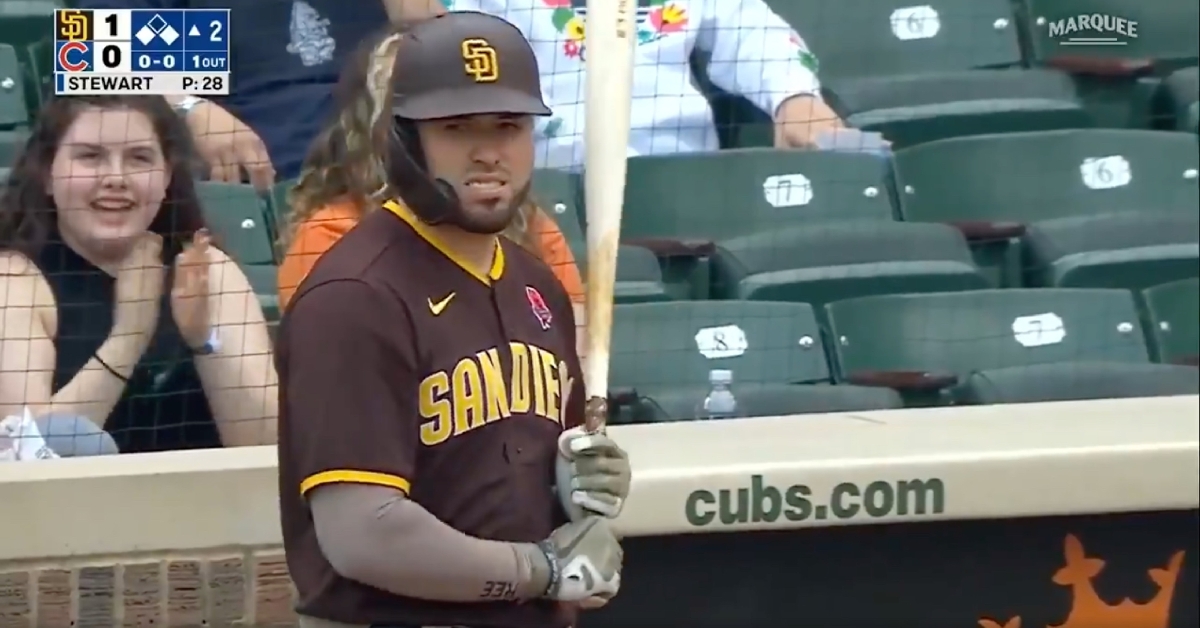 Victor Caratini returned to Wrigley Field for the first time since being traded to the Padres in December.

CHICAGO — Catcher Victor Caratini suited up for the Chicago Cubs from 2017-20 and, in the offseason, was traded to the San Diego Padres as part of the blockbuster deal centered around former Cubs ace Yu Darvish. While Darvish headed to the Padres, the Cubs received starter Zach Davies and a bevy of prospects in return. Caratini was included in the trade because he served as Darvish's catcher in recent seasons.

Even though Darvish did not pitch on Monday, Caratini started behind the plate in the first meeting of the season between the Cubs and Padres. Marking his return to Wrigley Field, Caratini received a standing ovation from Cubs fans in the stands when he stepped up to the plate for the first time on Monday afternoon. The backstop saluted the crowd before digging in at the plate, making for a special moment.

Victor Caratini gets a standing ovation in his first at-bat back at Wrigley Field. ????

Caratini grounded into an inning-ending double play thereafter, leaving two runners stranded in the top of the second. However, that assuredly did not take away from the magnitude of the standing ovation. Nicknamed "The Scientist" since relocating to San Diego, Caratini has already made a positive impact on the Padres, having caught the no-hitter thrown by Joe Musgrove earlier this season.