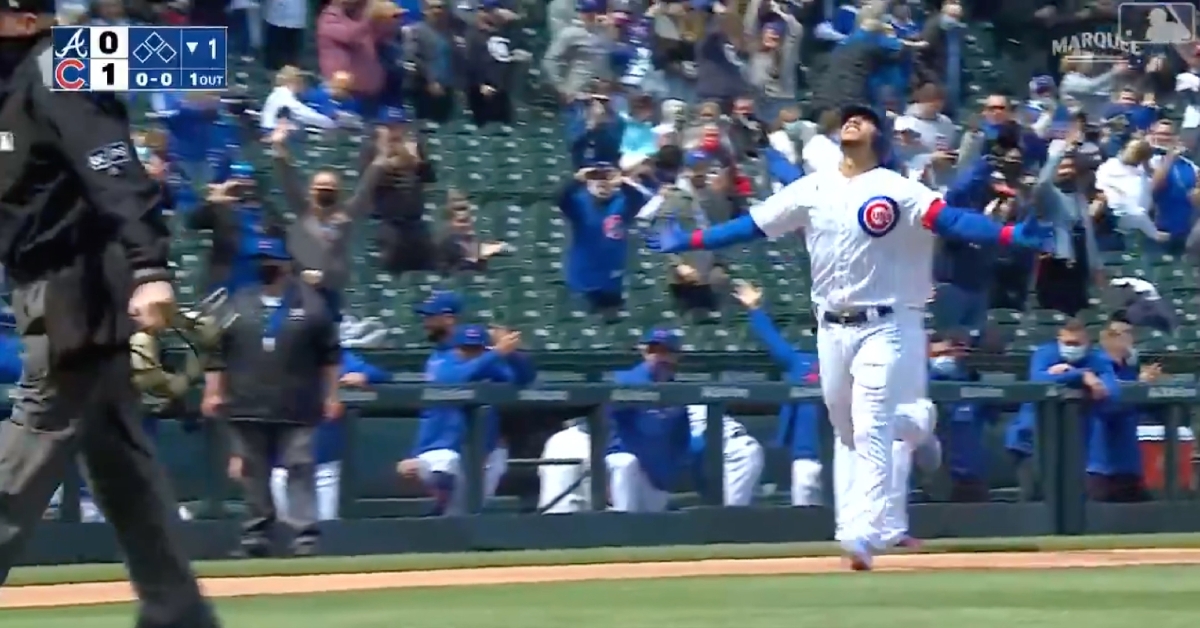 Cubs catcher Willson Contreras has now homered in three consecutive games played for the first time in his career.

CHICAGO — Homering for the second game in a row, Chicago Cubs catcher Willson Contreras went yard on Saturday. Contreras sent a 400-foot solo jack to the opposite field, with the 400-footer carrying out to right-center at Wrigley Field.

The dinger gave Contreras his third homer in his past three starts. Atlanta Braves starter Huascar Ynoa gave up the solo shot on an 84-mph slider. Leaving the bat at 104.6 mph and 31 degrees, Contreras' fourth long ball of the season gave the Cubs a 1-0 lead over the Braves in the first inning.