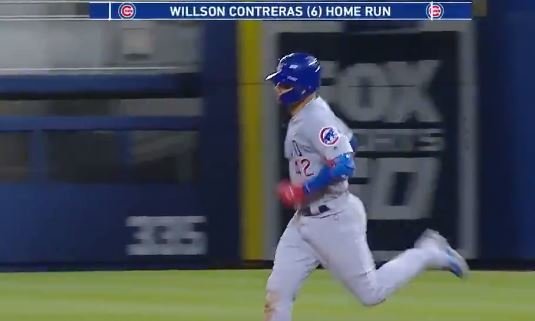 Willson Contreras is having himself an excellent first month of the 2019 season.

In the seventh inning of Monday night's game against the Marlins, Contreras connected with a solo shot that traveled an estimated 420 feet and 105 MPH exit velocity to put the Cubs up 6-2.