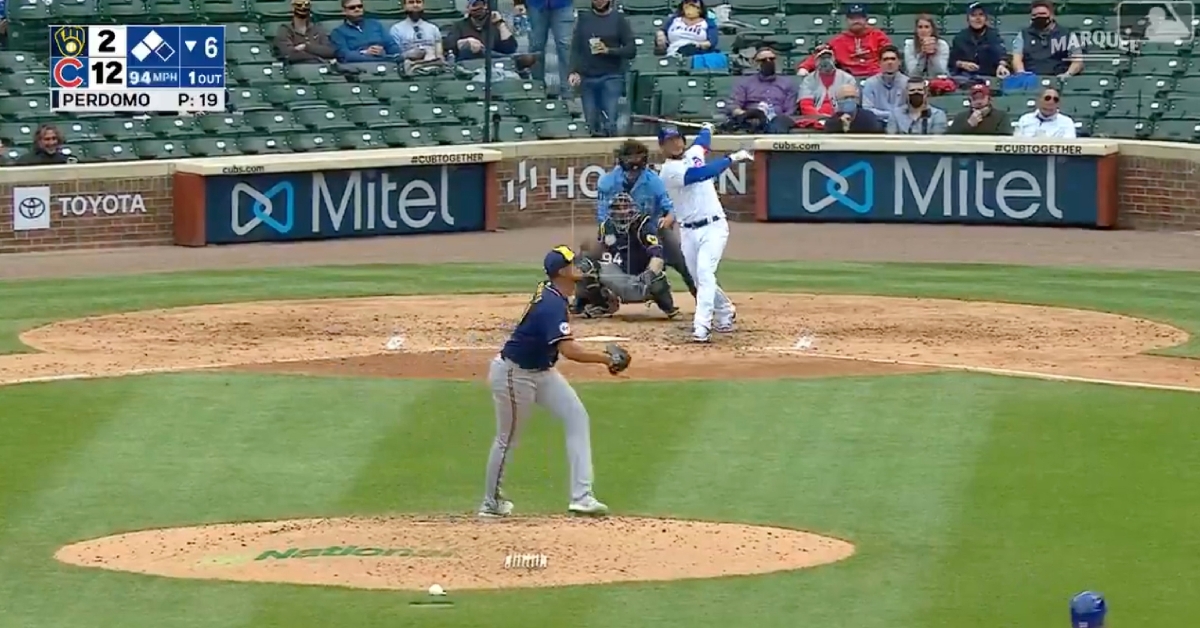 Willson Contreras increased his season RBI total to 13 with a three-run drive out to left field.

CHICAGO — With his sixth home run of the season, Chicago Cubs catcher Willson Contreras drilled a three-run bomb out to left field on Friday. The dinger added to the lopsided nature of the game, putting the Cubs up 15-2 on the Milwaukee Brewers in the bottom of the sixth at Wrigley Field.

Marking the fourth long ball and 10th extra-base hit of the game for the Cubs, the three-run shot soared 390 feet after getting scorched off the bat at 106.7 mph. It also featured a launch angle of 23 degrees. Brewers reliever Angel Perdomo gave up the round-tripper, his first allowed this season, on a 94.4-mph first-pitch four-seamer thrown over the plate. Center fielder Jake Marisnick and catcher Austin Romine scored via the tater.