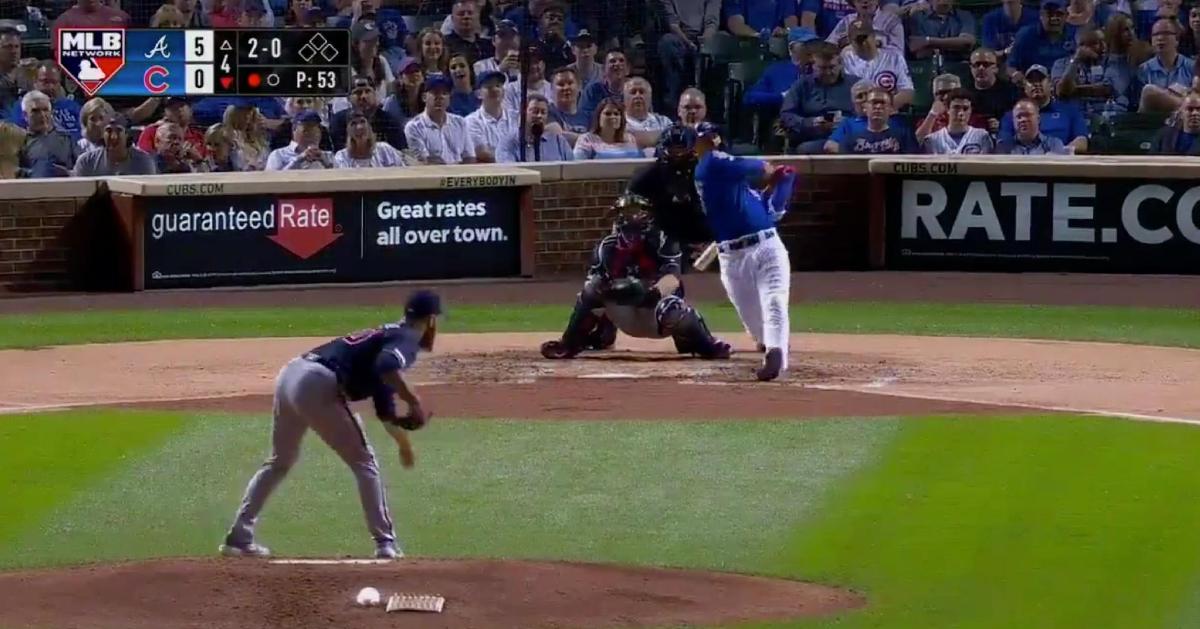 Willson Contreras picked up his sixth RBI of the Cubs' series against the Braves with a solo bomb on Wednesday.

CHICAGO — In game three of the Chicago Cubs' 4-game set versus the Atlanta Braves, Cubs catcher Willson Contreras picked up his sixth RBI of the series with a solo home run. Hammering a towering 377-footer out to left at Wrigley Field, Contreras made the score 5-1 in favor of the Braves on Wednesday.

The fourth-inning bomb marked Contreras' 17th long ball of the season. It skied off the bat at an angle of 38 degrees and sped out of the park at 103 miles per hour. Braves starting pitcher Dallas Keuchel gave up the dinger on an 87-mile-per-hour two-seamer thrown over the plate. By way of the homer, Contreras extended his current hitting streak to 10 games.