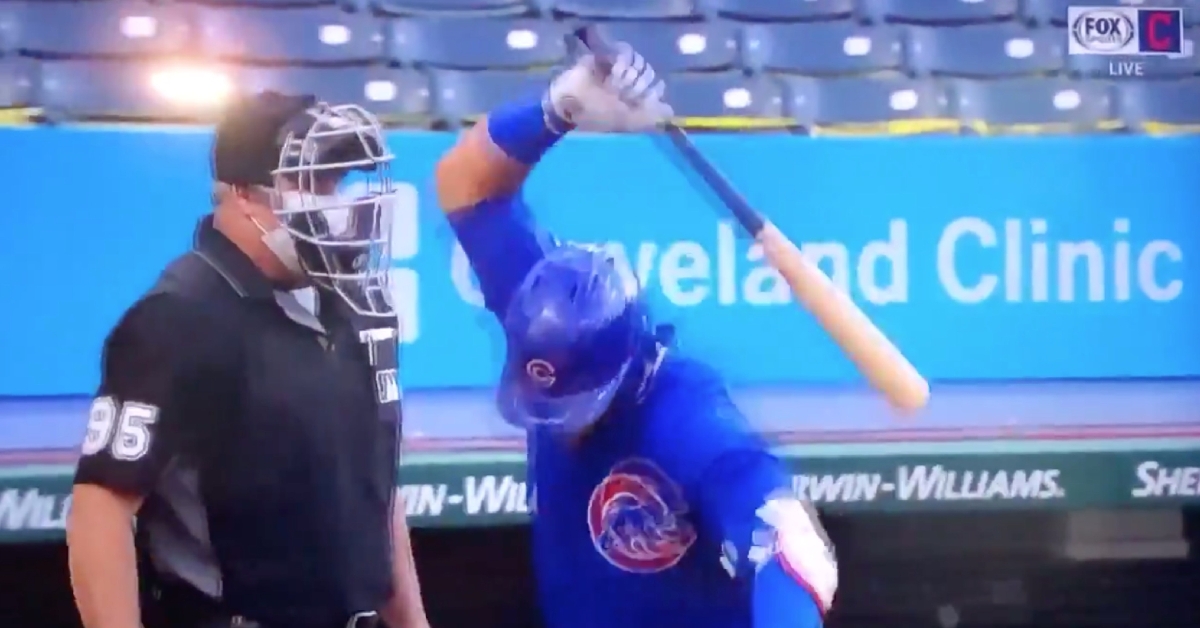 Willson Contreras slammed his bat down after a checked swing did not go his way and was ejected as a result. (Credit: Rick Scuteri-USA TODAY Sports)

CLEVELAND — Chicago Cubs catcher Willson Contreras is very passionate and can occasionally let that passion boil over. That resulted in a controversial ejection at Progressive Field on Wednesday. Contreras was upset after striking out swinging on three pitches in the fifth and got tossed as a result.

Contreras swung and missed at two pitches and fouled off another in the at-bat, which came with runners on second and third and the Cubs leading the Cleveland Indians 1-0. The third strike came on a checked swing that Contreras felt like he did not go around on. Contreras argued with the home plate umpire about the strike call before slamming his bat down in disgust.

The ejection came with Contreras walking back to the dugout and can essentially be chalked up as a fairly unwarranted ejection. While Contreras was overly emotional, Tim Timmons arguably was, too, when sending Contreras to the showers. Cubs manager David Ross came out to protest the ejection during a pitching change, giving Timmons a piece of his mind.

This is a terrible ejection. Willson did not argue. Was a bat slam really a good excuse to eject him? NO. pic.twitter.com/uYM3TgvsTl

Not Astros, but David Ross arguing with the ump in a dead quiet ballpark is awesome: