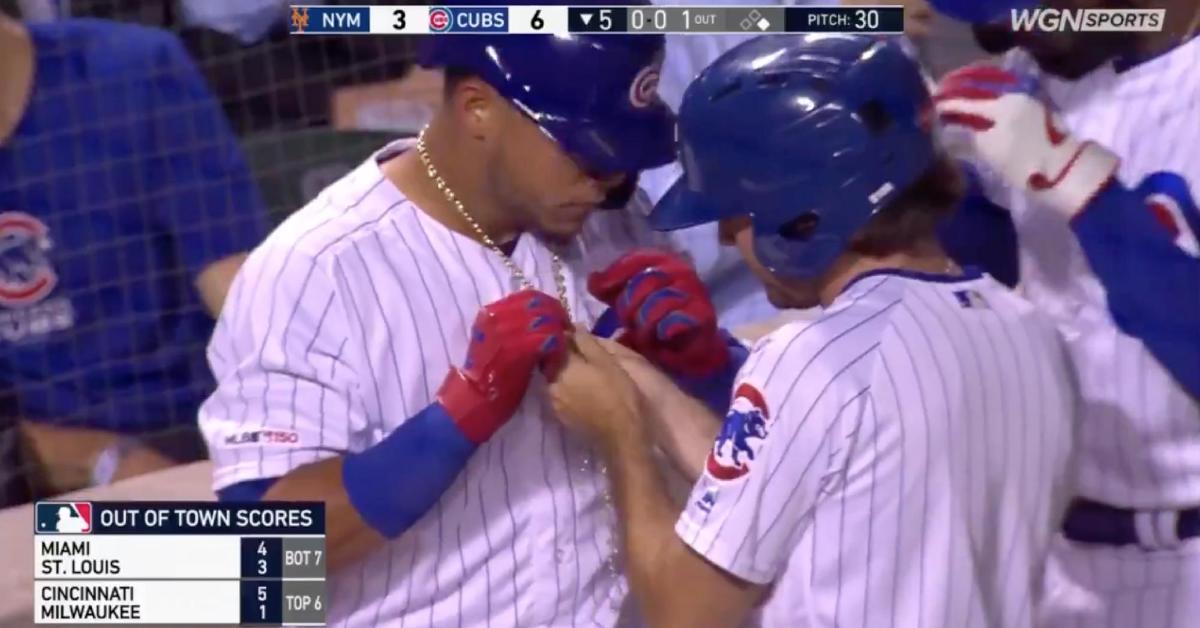 For many years, baseball and jewelry did not mix, but, nowadays, jewelry is so abundant in baseball that it is causing wardrobe malfunctions during games.

CHICAGO — In a scene that assuredly irritated many of the old-timers and baseball purists who witnessed it on television, Chicago Cubs catcher Willson Contreras recruited a ball boy at Wrigley Field to help him untangle his jewelry prior to an at-bat on Thursday night. With the Cubs taking on the New York Mets at home, Contreras needed assistance unraveling his necklaces, which made for a hilarious moment.

Evidently, Contreras grew concerned when he noticed that his chains had become knotted, and he asked a nearby ball boy to assist in the untangling process while standing in the on-deck circle in the bottom of the fifth. One of the necklaces was taken away by the ball boy after it appeared to be broken, but at least Contreras had a little less weight hanging from his neck while batting. For what it is worth, Contreras hit a double in the fifth-inning plate appearance, indicating that less bling might correlate with better hitting.

Find someone who will help you untangle all your jewelry before an at-bat.@Cubs #GoCubsGo pic.twitter.com/3eHEH31Cez