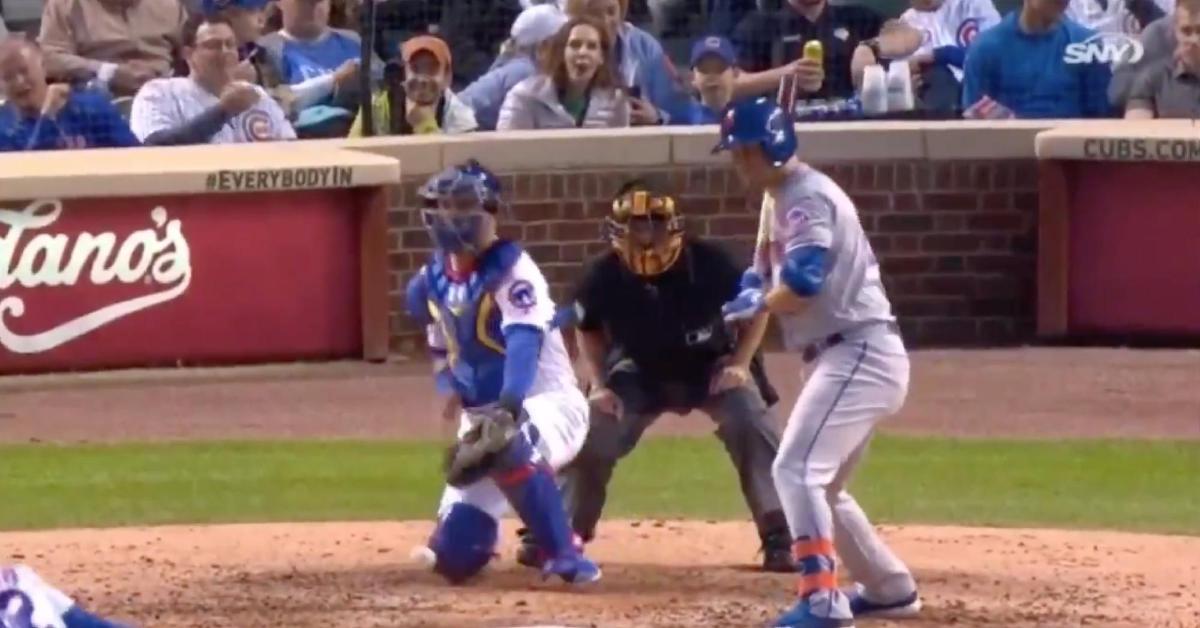 Willson Contreras was hit in a rather sensitive area by a pitch in the dirt.

CHICAGO — Chicago Cubs catcher Willson Contreras is known for his toughness, and he displayed peak toughness after taking a shot to his groin in a game against the New York Mets on Thursday night. In the top of the fourth at Wrigley Field, Contreras' crown jewels paid the price on a pitch in the dirt, but it did not stop Contreras from carrying out his catching duties.

The bad pitch from pitcher Tyler Chatwood bounced directly into the crotch of Contreras, but the gutsy backstop was able to ignore the pain long enough to quickly field the ball and prevent the baserunners from advancing. As soon as time was called, Contreras crumbled to the ground in anguish, wearing a grimace on his face. After a few painful minutes, the ailment subsided, and Contreras was able to return to his position behind the plate.

Willson Contreras takes one off the junk but still runs the ball down so the runners can’t advance. #LGM #EveryBodyIn pic.twitter.com/vJmj5caZV3