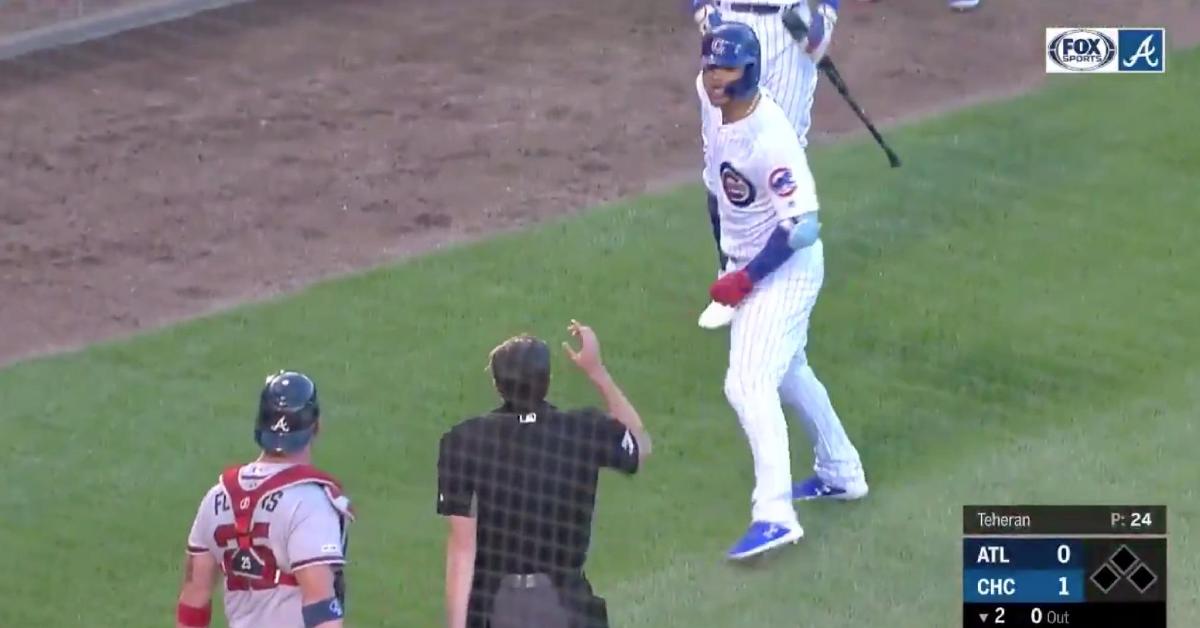 The starting catchers got into a spitting match during the Chicago Cubs' clash with the Atlanta Braves.

CHICAGO — A minor to-do broke out at Wrigley Field on Monday night, and it was sparked by some catcher-on-catcher disdain. Benches cleared, but nothing even remotely close to a skirmish took place in the bottom of the second of the Chicago Cubs' matchup with the Atlanta Braves. However, the starting catchers were not happy with one another.

Cubs catcher Willson Contreras hit a solo home run that put the Cubs up 1-0 over the Braves, and he barked at Braves catcher Tyler Flowers before beginning his trot around the bases. Flowers followed up with Contreras about it when the Cubs' star backstop crossed the plate, and the two began to mouth off at one another, which led to the benches clearing.

Earlier in Contreras' at-bat, Flowers seemed to interject to defend a strike call made by the home-plate umpire on a borderline pitch that Contreras was arguing against. Apparently, Contreras, who is well aware of proper catcher's etiquette, took umbrage at Flowers butting in, so he let Flowers hear it when he went yard. All that came of the mild fracas was the issuing of warnings for both teams, and Contreras and Flowers were both able to regain their composure as play resumed.