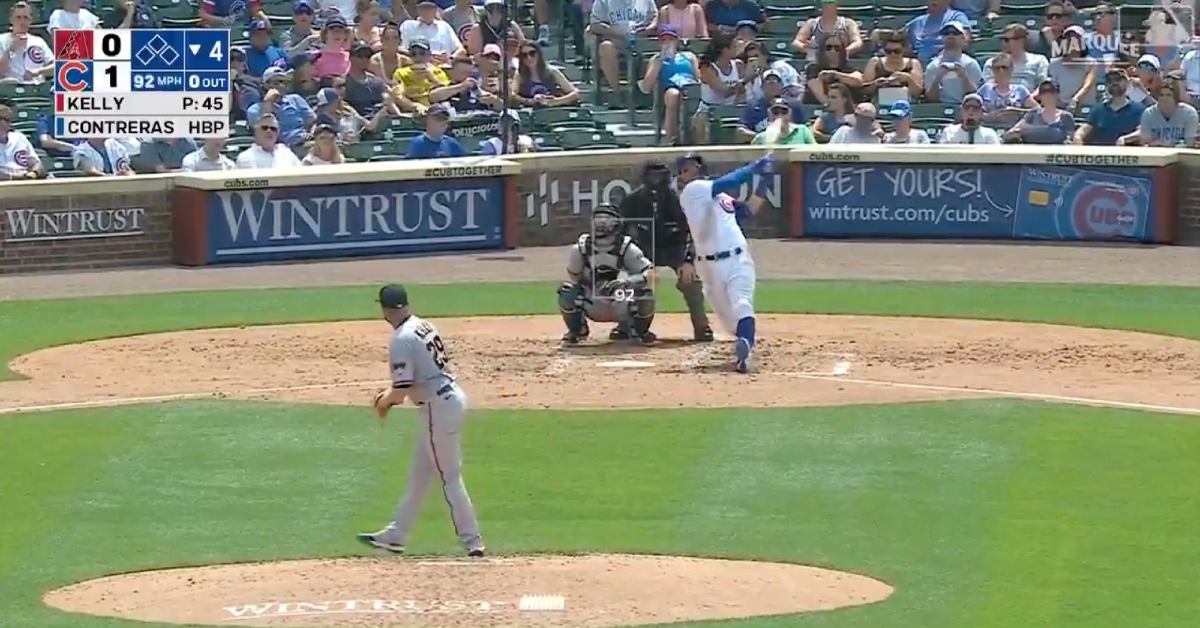 Willson Contreras leads all National League catchers with 15 home runs on the year.

CHICAGO — Perhaps he was inspired by backup catcher Robinson Chirinos going yard twice during his day off on Friday because backstop Willson Contreras powered out a dinger in his return to the Chicago Cubs' starting lineup on Saturday. Contreras received a day off on Friday and made a splash on Saturday with a leadoff jack in the bottom of the fourth at Wrigley Field. The round-tripper increased the Cubs' lead over the Arizona Diamondbacks to 2-0.

Contreras drove the 386-foot bomb to the opposite field, with the dinger leaving the bat at 102.4 mph and 37 degrees. Starter Merrill Kelly gave up the solo shot to right on a 92.3-mph cutter. Contreras collected his 15th home run of the season, which leads all National League catchers, and now has 34 RBIs on the year. Interestingly, Contreras changed cleats between his first and second plate appearances, indicating that the footwear could have potentially played a role in Contreras going yard.