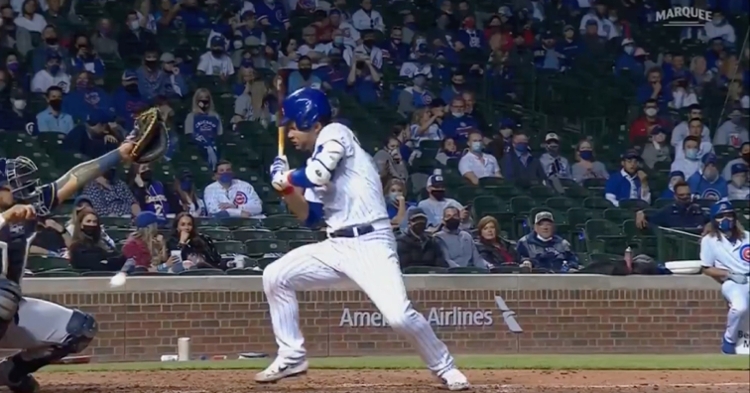 Willson Contreras' helmet was knocked off by a 93-mph four-seamer.

CHICAGO — In a game that saw Chicago Cubs shortstop Javier Baez go down in pain after getting drilled just above the kneecap with a pitch, Cubs catcher Willson Contreras was plunked in the head by a pitch. In the bottom of the seventh on Monday, Contreras was beaned by Milwaukee Brewers reliever Devin Williams.

Just one inning earlier at Wrigley Field, Baez was hit by a pitch. Thankfully, like Baez, Contreras was able to walk the HBP off and remain in the game. However, a 93-mph fastball impacting his batting helmet made for a scary scene, as the helmet flew off. Contreras took his base, though, and appeared to be OK after trainers evaluated him.

Willy takes one off the helmet, but stays in the game no problem.@Cubs #GoCubsGo pic.twitter.com/GyYvDNigPT