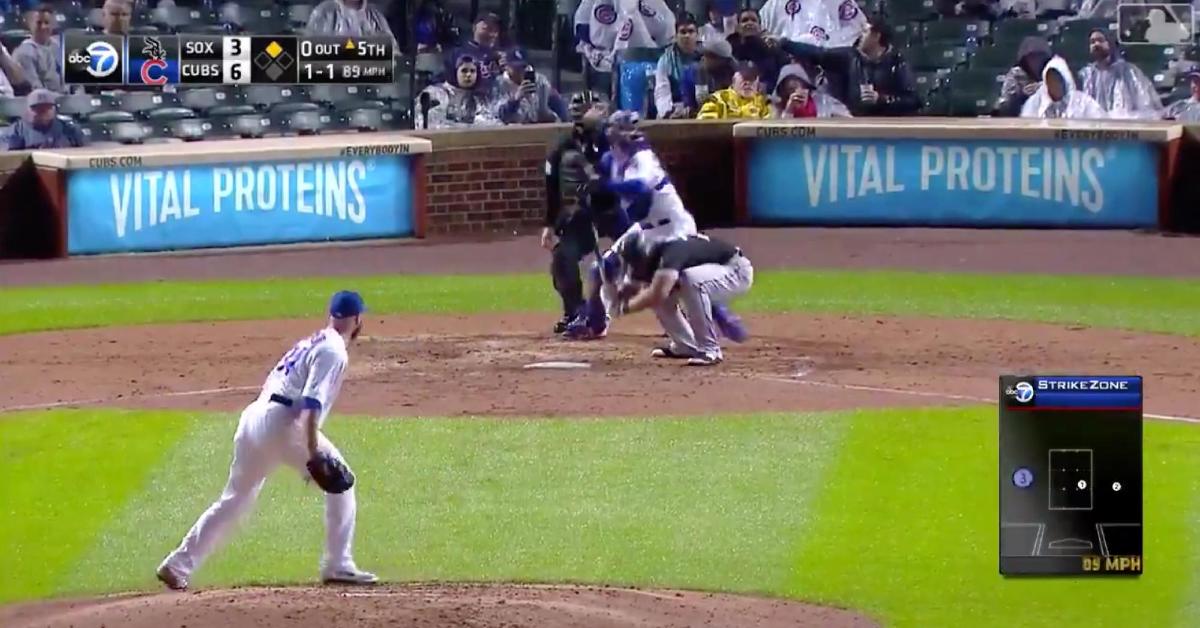 Cubs catcher Willson Contreras brandished his weapon of a right arm when he gunned down a baserunner on a steal attempt.

CHICAGO — Every now and then, a big-league player experiences a game where he can do no wrong, and Chicago Cubs catcher Willson Contreras had that kind of game against the Chicago White Sox on Wednesday. At the plate, Contreras hit a grand slam in the first inning and a solo home run in the third inning, as he single-handedly provided the Cubs with an early 5-1 lead.

On the field, Contreras showed out, as well, with the backstop putting his cannon of a throwing arm to good use when he gunned down White Sox speedster Tim Anderson on a steal attempt in the fifth frame. Anderson attempted to swipe third base, but Contreras remained flawless and hurled a laser to Cubs third baseman Kris Bryant, who applied the tag out in front of the bag to send Anderson to the dugout.