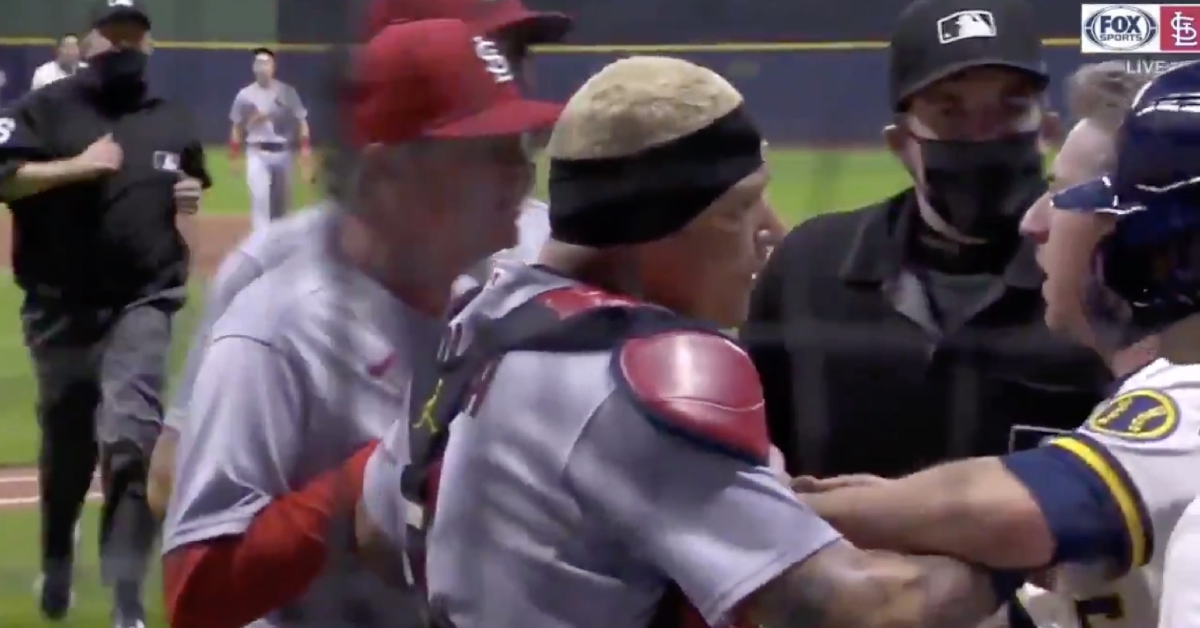 Cardinals catcher Yadier Molina was irate over something said to him from the Brewers' dugout.

MILWAUKEE — The Milwaukee Brewers drubbed the St. Louis Cardinals 18-3 at Miller Park on Tuesday, with the blowout nature of the game potentially contributing to Cardinals catcher Yadier Molina's agitation. Molina confronting the Brewers' dugout led to a mild benches-clearing fracas.

With the Cardinals trailing 12-2 in the bottom of the fifth, Ryan Braun drew a catcher's interference after his bat made contact with Molina's mitt on a swing in which he fouled a ball off. Molina walked around in pain near the Brewers' dugout and was clearly peeved by something a Brewer said to him, leading to the confrontation.

Both benches emptied as Molina charged toward the Brewers' dugout, and Molina was restrained by his teammates. The veteran backstop was not ejected, but Brewers manager Craig Counsell and Cardinals manager Mike Shildt ended up getting tossed in the aftermath of the catcher's interference. Molina underwent X-rays on his left hand after the game, and the results have not been released.

Benches clear in the Cardinals/Brewers game after Yadier Molina was called for catchers interference. Mike Shildt was FIRED UP! pic.twitter.com/fjhNIKn3qz