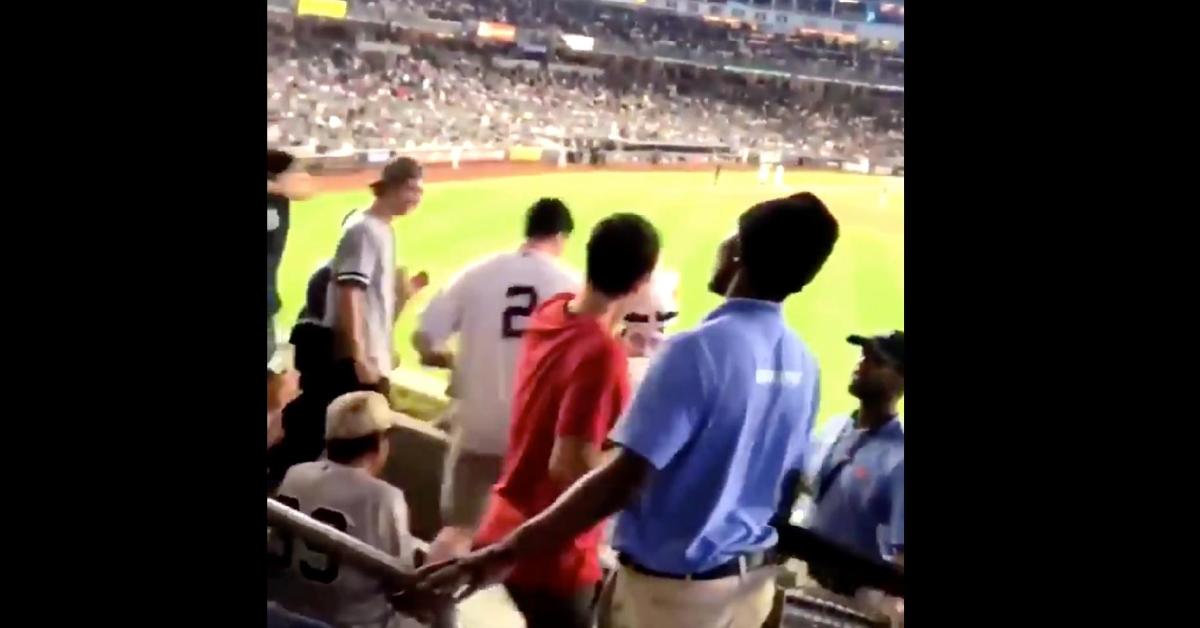 A group of fans at Yankee Stadium constructed a "chicken-bucket snake" by stacking their empty chicken buckets.

NEW YORK — Upping the ante presented by the current Wrigley Field trend of making "beer snakes" by stacking beer cups as high as possible, a group of New York Yankees fans provided Chicago Cubs fans with some competition by making "chicken-bucket snakes" at Yankee Stadium. Exactly how it sounds, a chicken-bucket snake is a towering stack of empty chicken buckets.

At a game between the Yankees and the Tampa Bay Rays on Thursday, a section of Yankees fans began furiously stacking chicken buckets until security stepped in and took the snake away. The fans also constructed a lengthy beer snake before it was confiscated, too. Barstool Chicago has supported the beer-snake trend. Therefore, a Yankees beat writer for Barstool Sports tweeted out two videos of the cup-staking extravaganza in The Bronx and expressed his support for the rebellious Cubs fan who continue to make beer snakes in the face of public pressure from the Cubs to stop doing so. Only time will tell if the chicken-bucket trend makes its way to the Windy City.

And a nice tribute to the Cubs. We stand with you guys @barstoolcarl @EddieBarstool pic.twitter.com/KU7T3McFZE