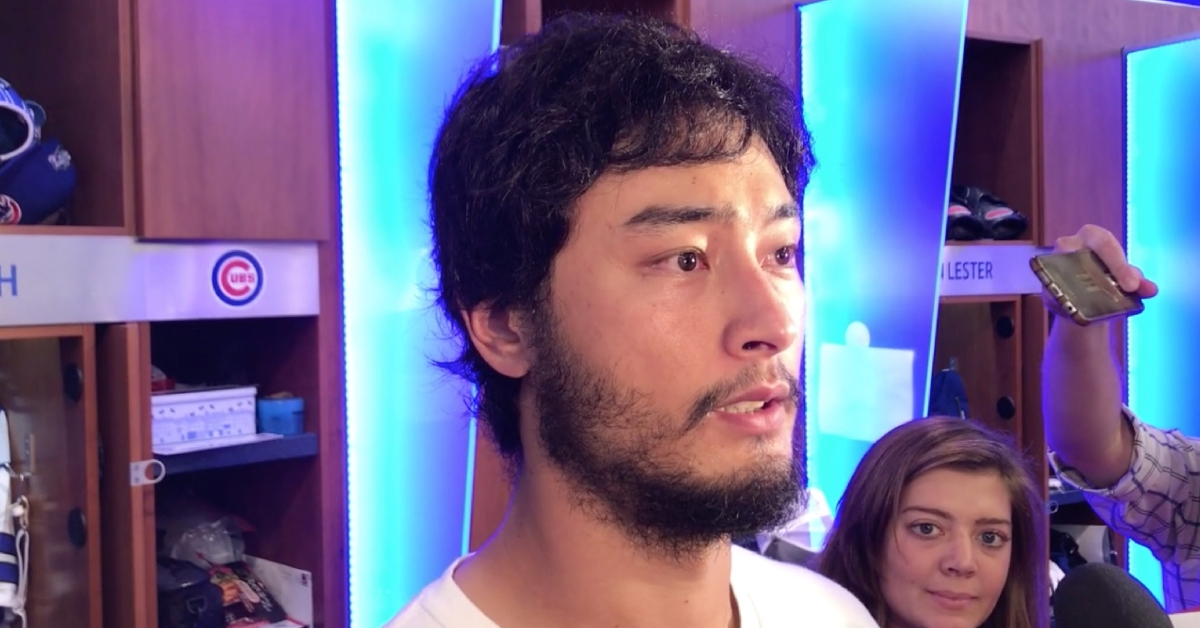 Chicago Cubs starting pitcher Yu Darvish was too upset by the Cubs' loss to enjoy his historic 13-strikeout performance.

CHICAGO — Although he struck out 13 batters in his seven innings of work, Chicago Cubs starting pitcher Yu Darvish received the losing decision in the Cubs' 4-2 loss to the Cincinnati Reds on Tuesday. Darvish fanned eight batters in a row at one point, which marked a franchise record for consecutive strikeouts, but the three runs that he allowed to score in the first inning of the National League Central battle at Wrigley Field did him in.

Following the game, Darvish spoke with the media and said that he was frustrated with himself over his lackluster performance in the opening frame, which put the Cubs in an early hole that they never climbed out of. Darvish also revealed that he had no idea until after the fact that he had struck out eight consecutive hitters. The right-hander ultimately gave up four runs on six hits and one walk and fell to 6-7 on the year.