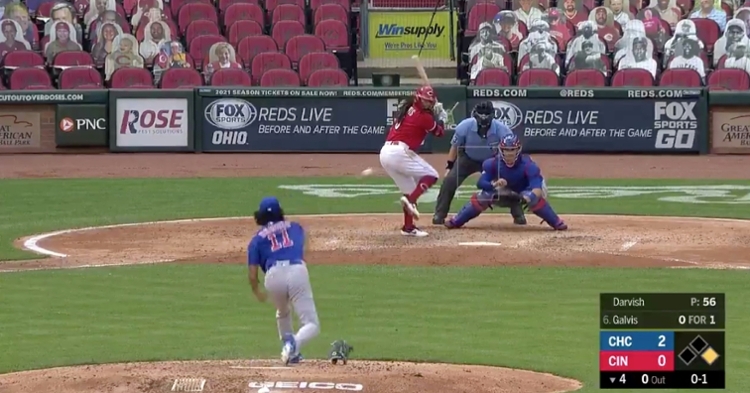 In the fourth inning of the Cubs-Reds clash at Great American Ball Park on Saturday afternoon, Yu Darvish's glove fell off in the middle of a pitch.

CINCINNATI — Chicago Cubs starter Yu Darvish accomplished a pitching feat that MLB had possibly never seen before, as Yu Darvish successfully threw a strike after his glove fell off during the delivery. The righty got the Cincinnati Reds' Freddy Galvis to foul a splitter into the dirt for strike two.

The split-finger fastball was thrown at a modest 85-mph velocity, so it is not like Darvish threw so hard that his glove flew off. Instead, Darvish's glove was not secure on his left hand and dropped to the dirt with Darvish winding up. Darvish finished off the at-bat by forcing Galvis to ground into a double play and experienced no further issues with his glove in the process of doing so.