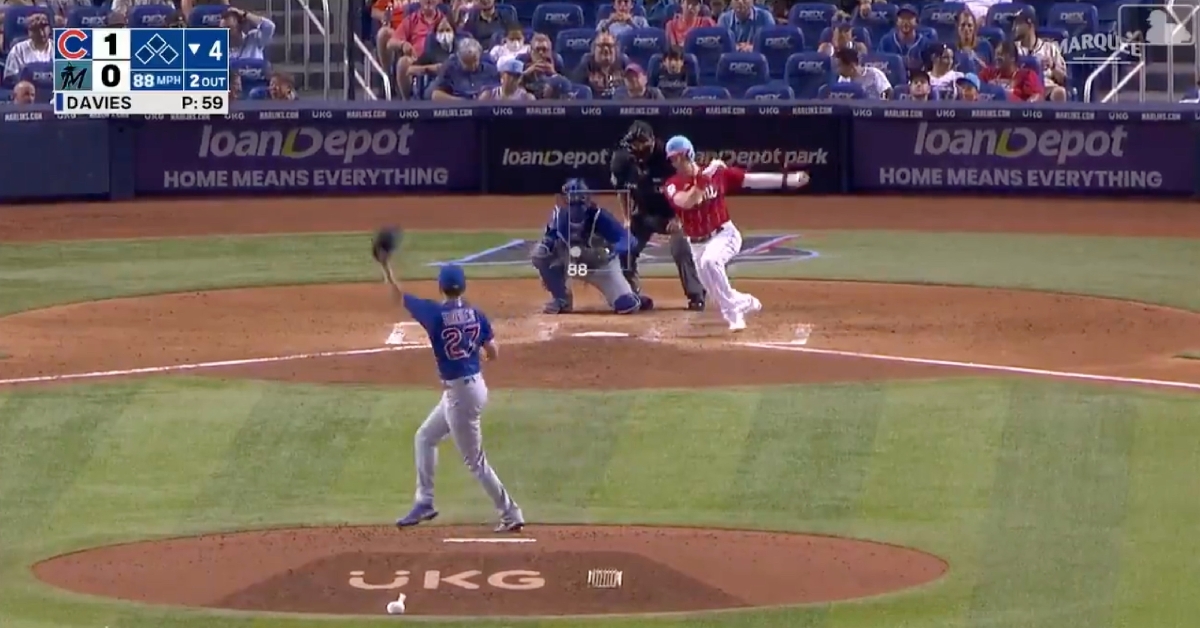 Anderson was dumbfounded after making great contact only to have the pitcher pull it out of the air. The Cubs led 1-0 at the time of the stellar catch, which came with no runners on base, and Davies' web gem assured the Cubs of maintaining that lead heading into the fifth frame and potentially prevented a Marlins two-out rally from coming to fruition.