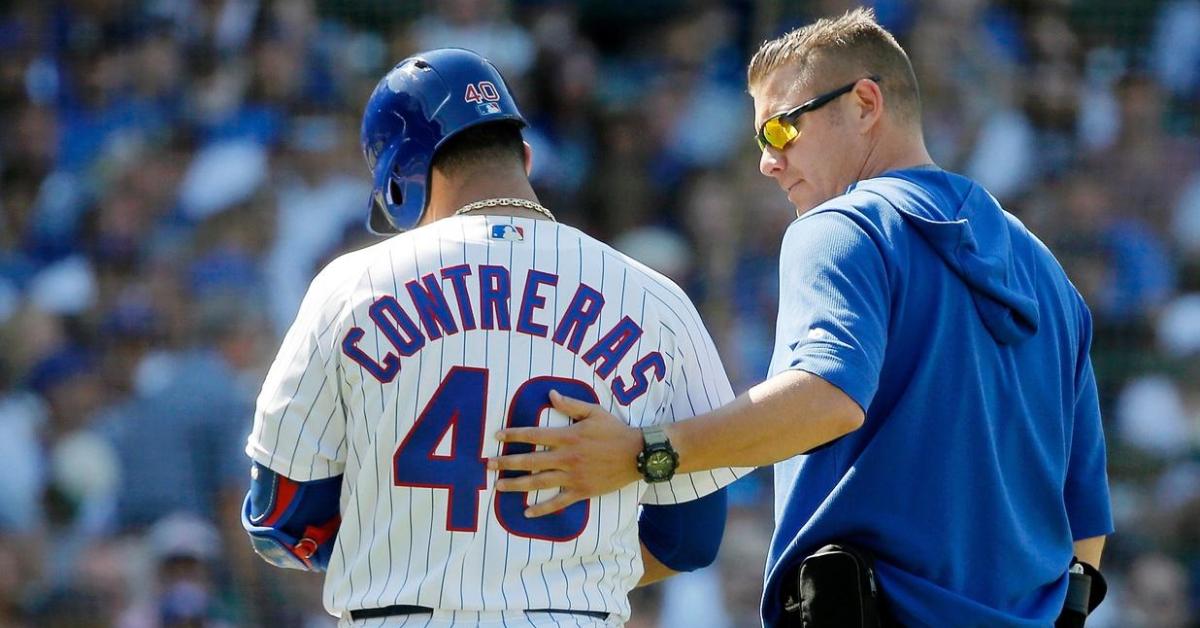 CHICAGO — Chicago Cubs catcher Willson Contreras is continuing to steadily recover from his hamstring strain that has kept him out for the past 16 games. Cubs President of Baseball Operations Theo Epstein updated Contreras' injury status while speaking with reporters on Wednesday.

"He's in what our trainers are calling the 'aggressive strengthening phase' of his rehab," Epstein said of Contreras. "It's obviously building up the hamstring strain."

On Wednesday afternoon, Contreras was captured on camera performing a fairly intensive rehab workout at Wrigley Field. The backstop, who has not played since straining his hamstring while running out of the batter's box on Aug. 3, performed a variety of drills in the outfield grass while being supervised by trainers.

"Now that he's gotten through the initial injury," Epstein continued, "always what comes with that is the strength deficit that you have to really be mindful of building back up so that you don't risk reinjuring it when you get back."

Contreras was initially expected to miss 4-6 weeks after suffering the serious strain of his right hamstring. In 2017, Contreras strained his right hamstring and missed 29 games as a result. With that being said, while the Cubs will definitely not rush Contreras back, it is reasonable to assume that his layoff will be closer to four weeks than six weeks.