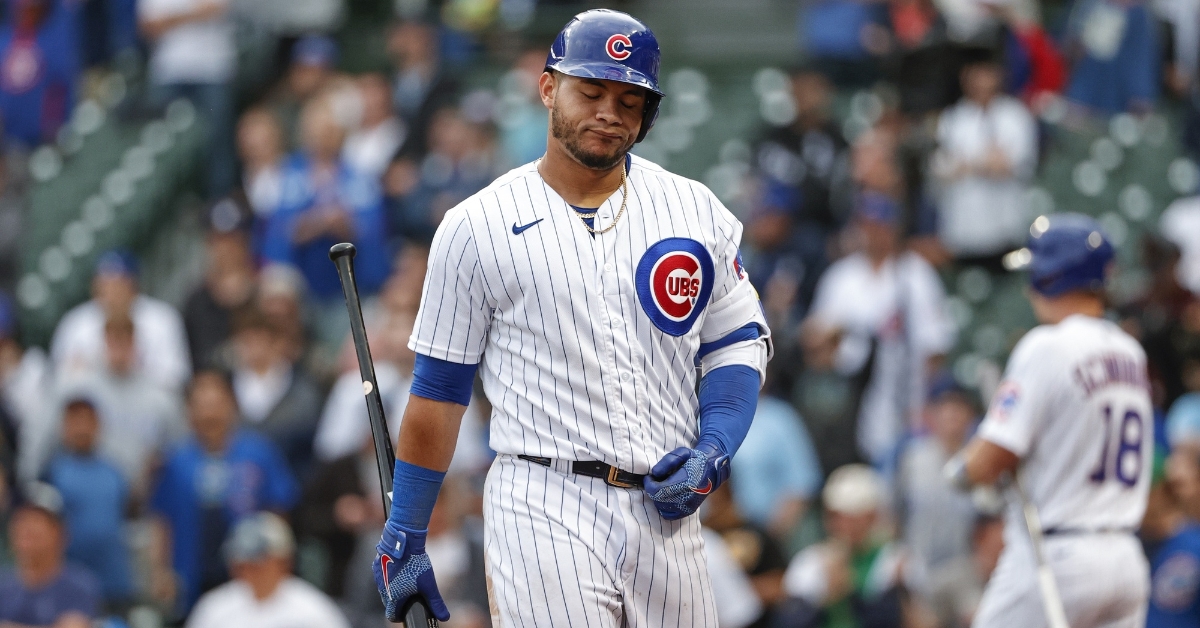 He had just stolen second base, and then on the next play, he sprinted to third on a foul ball hit by Seiya Suzuki.

At the end of that sequence is where he grabbed his right hamstring.

Cubs manager David Ross and the trainer came out to look at him and he walked off the field straight to the clubhouse which is never a good sign.

Hopefully, this injury is nothing major, and Contreras is just being very cautious.

Rafael Ortega came in to pinch run for Contreras and eventually scored on a Suzuki double.

We will let you know when we have more information on Contreras' status from Cubs officials.

Update: The Cubs have confirmed that it is right hamstring tightness.

"I thought that was smart of him yesterday, with some of the lower stuff he's had," Cubs manager Ross said during postgame. "I mean, that's a veteran move. Like, hey, something doesn't feel right, let us know. Probably saved us there."