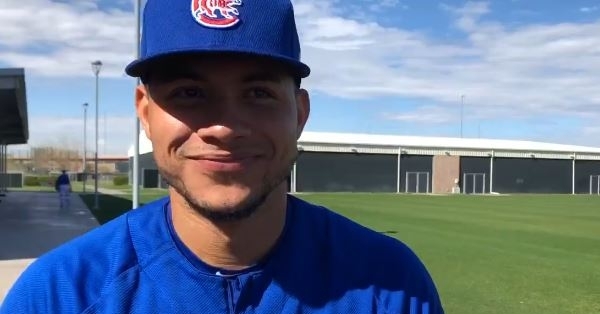 One of the more beloved members of the Chicago Cubs is starting catcher Willson Contreras.

It was a challenging offseason for many Cubs players, including Contreras, as they had to deal with persistent trade rumors.

Contreras spoke to the media Monday and talked about hearing whispers of persistent trade rumors involving him.

"This past winter with the trade rumors were more consistent than the year before," he said. "I was aware of it. I was trying not to pay attention to it, but it's impossible. I was on social media, and a new article was coming up about me getting traded. Now that I'm here, I feel blessed. Again happy to be here. I love this organization, and I love my teammates, so I'm excited to have another great 2020 season with all of my team."

Conteras understands the business side of baseball.

"First of all, I was kind of surprised. At the end of the day, I understand the business. I understand from what I read that they were trying to get better farm [prospects], and the value that I got from my whole career in the big leagues to now is really good. I talk to my agent a lot and told me it is about business. Even if they do trade, don't think they don't like me anymore. It's just part of the business."