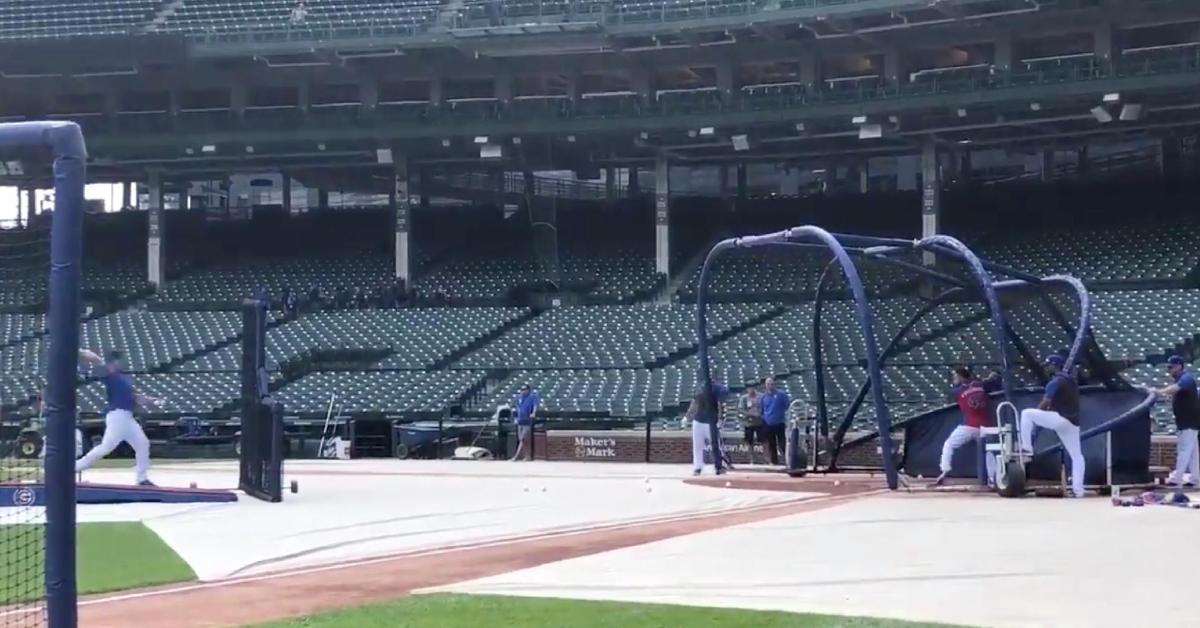 Chicago Cubs catcher Willson Contreras took part in a round of batting practice at Wrigley Field on Saturday.

CHICAGO — The Chicago Cubs are currently playing without two star players, as catcher Willson Contreras and starting pitcher Cole Hamels are on the injured list. Contreras suffered a strain in the arch of his right foot last weekend and was subsequently placed on the 10-day injured list. The move was considered precautionary, and Contreras is expected to return following the minimum 10-day layoff.

As for Hamels, he has been out since late June due to a left-oblique strain that he suffered early on in a start and is expected to return before the end of July. Prior to the Cubs' contest at Wrigley Field against the San Diego Padres on Saturday afternoon, Contreras and Hamels were seen warming up together, which is a positive sign for their anticipated returns.

After undertaking a full round of batting practice, Contreras threw some soft toss with Hamels in the outfield. The two battery mates warmed up together in advance of Hamels' Saturday bullpen session. The Cubs are sure to provide both players with more than enough time to work through their injuries and return to form, but it is reasonable to assume that they will take the field again for the Cubs relatively soon.

Willson Contreras took a full round of BP. The Cubs catcher is now warming up Cole Hamels in the outfield ahead of the pitcher’s bullpen session.