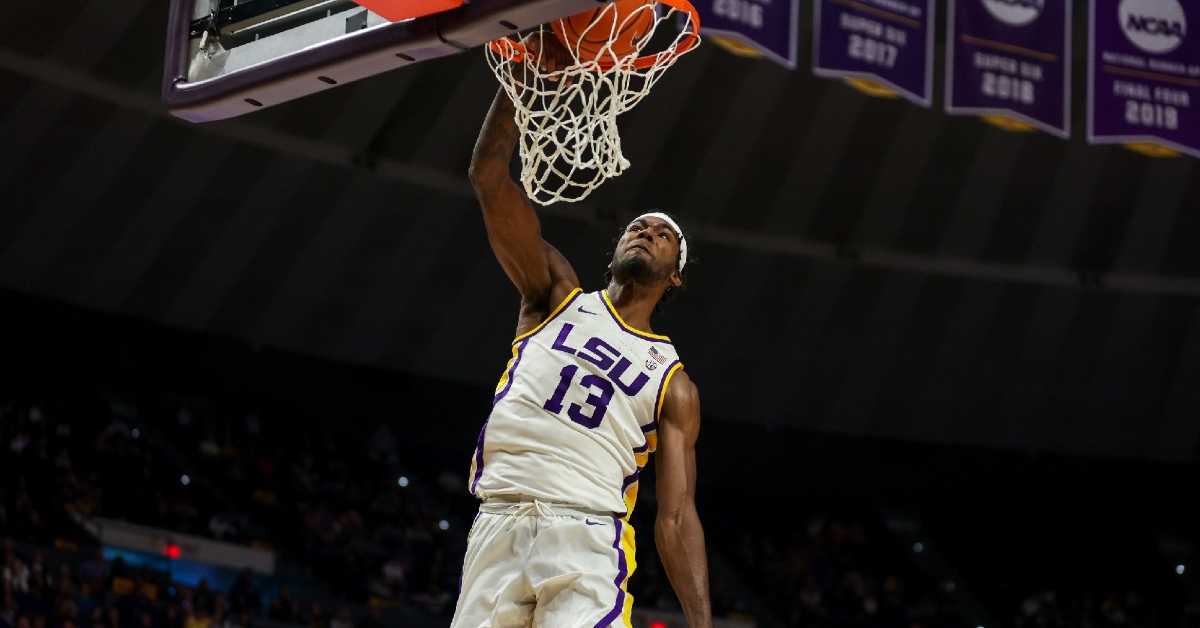 With the NBA Finals set to begin on Thursday, the NBA season is rapidly winding down. That means within two weeks, the NBA offseason will be in full swing as free agency, trades, and the NBA Draft will take center stage.

If you thought the last offseason was a busy one for Chicago, this has the potential to be the same way as the Bulls have a serious decision to make on Zach Lavine and if he is worth a Super Max deal. Apart from that, Arturas Karnisovas will take a long look at this roster, especially the bench, and figure out what needs to happen to improve.

One of the most significant areas of need for this team is adding frontcourt help, which was exposed during the playoffs. Sure, Nikola Vucevic is still valuable enough to shoulder the load, but he needs help behind him. Unless the Bulls are going to try and trade for DeAndre Ayton, there doesn't seem to be much of a free agent market for frontcourt players, which leads me to believe that is their focus come the draft.

However, the Bulls need to make sure they hit on their draft pick as the Lonzo Ball signing last season came with a price as the Bulls lost draft picks due to tampering. Fortunately, they managed to keep their first-round pick, which is No. 18, which is a pick they need to keep.

If frontcourt help is indeed what Karnisovas is targeting via the draft, then it wouldn't be a surprise to see former LSU big man Tari Eason land in Chicago as they have been linked to him with that 18th selection. Over the last month, many different NBA experts have constructed hundreds of mock drafts.

While most of those mock drafts are very different outside the top four or five picks, you are starting to see Eason land with the Bulls more frequently, which has some merit behind it. When you have a team that had the second-worst frontcourt in terms of defense last season, that should be your only focus come draft night, which is why the Eason pick makes a ton of sense.

Eason is one of the most explosive and productive players in the draft, putting consistent pressure on opposing defenses with his quick first step, physicality, and insatiable intensity, characteristics that allow him to live at the free-throw line. These traits helped make him one of the most versatile defenders in college, a magnet for steals, blocks, and rebounds who flew all over the floor in LSU’s suffocating press while rotating from guarding point guards to big men.

Although only a two-year college player, Eason just turned 21 on was very productive, especially last season. Not only did he give the Tigers 16.9 PPG, but he added 6.6 rebounds, 1.0 assists, and 1.1 blocks on 52.1 percent shooting. Ranked as the 15th best prospect in this year's class, Eason transferred to LSU from Cincinnati, where he gave the Tigers 24 minutes per game off the bench.

Despite coming off the bench, which Patrick Williams did at Florida St before the Bulls drafted him, Eason led the Tigers in scoring and did so, shooting 56% percent from 2PT range and 36% from three. He also led the SEC in per-minute scoring and finished second in steals, free throw attempts (and shot 80 percent from the charity stripe), and player efficiency rating. That is an impressive season for anyone, but to see that type of production off the bench has me intrigued as to what he could do with a more prominent role.

The versatile LSU big covered fellow bigs and spent plenty of time defending opposing point guards. Eason’s 47 dunks and an explosive first step on the offensive side of the ball make him one of the best finishers in this draft class. His seven-foot-two wingspan, versatility on defense, and finishing ability make him an intriguing prospect for the Bulls at No. 18. He would bring the defensive versatility this team lacked down the stretch last season.

Although he may not be the flashiest name on the list, very few prospects in this class have the potential he has, especially on the defensive end. That alone makes for an intriguing option and one the Bulls should pull the trigger on if he is around at 18.