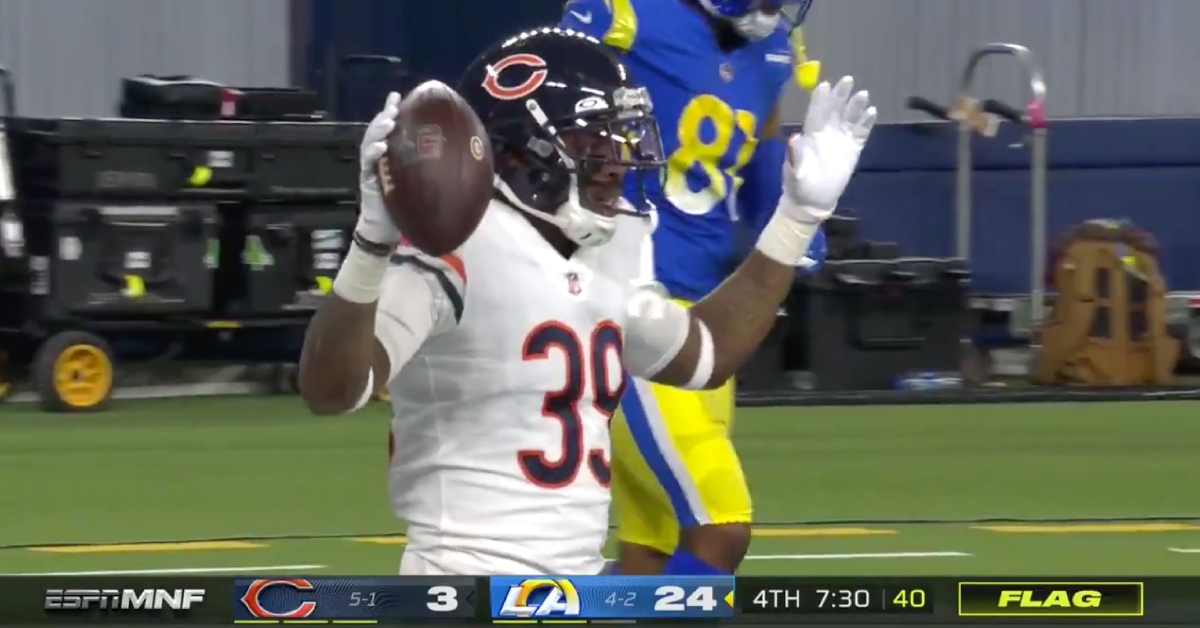 Eddie Jackson recovered a fumble and returned it eight yards to the end zone for a touchdown.

The Rams were flagged for holding on the play, which was declined, and the score became 24-10 in favor of the Rams at SoFi Stadium. Jackson hustled into the end zone, untouched, for his sixth career defensive touchdown, which leads all active NFL players.