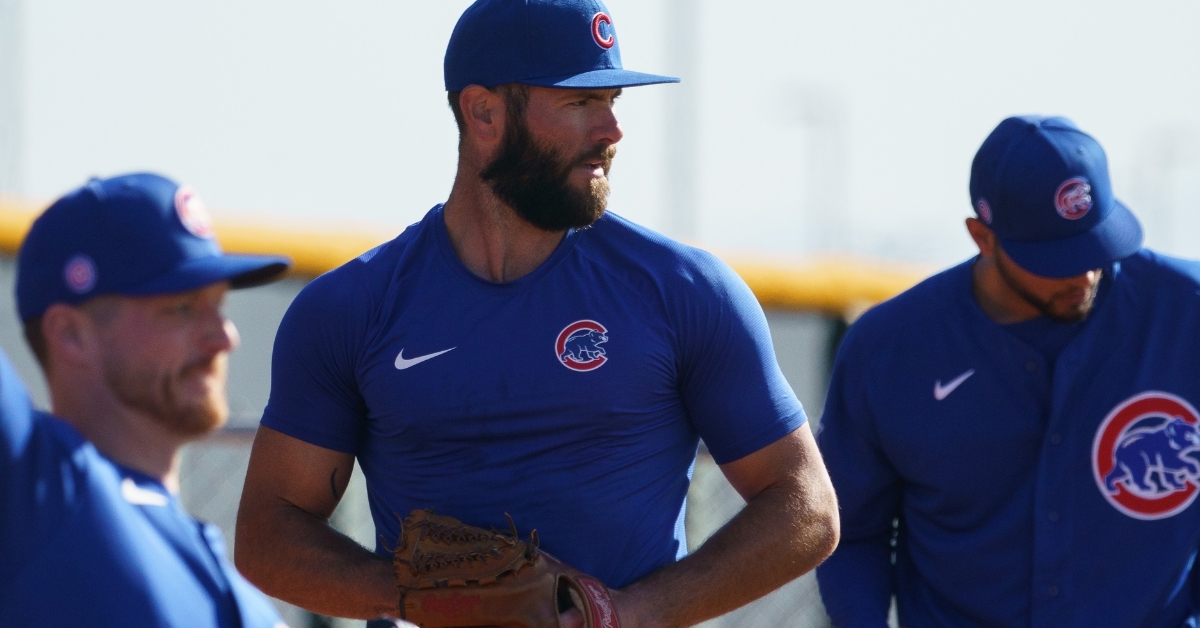 Hello, Cubs fans out there! I hope everyone is having a great Sunday and ready for the upcoming baseball season.

A good look at Sloan Park in the morning:

Some really good bullpen action with a trio of Cubs pitcher:

Cubs top prospect Brennan Davis sighting at Cubs camp. Listen to the loud crack of the bat when he barrels up the baseball:

WARNING! Hats to the left once again!

Veteran pitcher Pedro Strop is back for another run with the Cubs. This time as a non-roster invite on a minor league deal:

Hats to the left pic.twitter.com/BGV0waTRYd

Strop throwing in the outfield for the first time in 2021:

First day at camp for the former (now current) reliever—

Jake Arrieta talks about his several different reasons for coming back to the Windy City:

It is easy to forget but Cubs manager David Ross has a lot of experience catching Jake Arrieta back in the day:

David Ross was very involved in giving feedback during and after Jake Arrieta's bullpen session today. Arrieta had a 1.43 ERA in 82 innings with Ross during their days as teammates.

Ross: "I can pull from experiences. I think that's extremely valuable." pic.twitter.com/mhyM0VHCic

Cubs infielder David Bote talks about the three-man race for the second base job for the Cubs:

Our Gordon Wittenmyer caught up with David Bote about the three-man race for the second base job.

Fans: Will Bote get the nod or does Nico Hoerner or Ildemaro Vargas get the call?

It was Glove Day for some of the Cubs players:

Adbert Alzolay pitching in slow motion is a thing of beauty ?? #Cubs

Alzolay is having some 'good vibes' at Cubs camp:

Best of luck to former Cub Robel Garcia as he was claimed by the Astros:

Kyle Schwarber came here to chew gum and hit dingers and he’s all out of gum.@kschwarb12 // #NATITUDE pic.twitter.com/u12HCKVi9v

Interesting TikTok video from the Cubs featuring a few players:

When you find the perfect sound on TikTok, there’s no need to go edit crazy. Find the footage that fits & keep it simple.

Great one from the @cubs. pic.twitter.com/D8yQE0XDM2