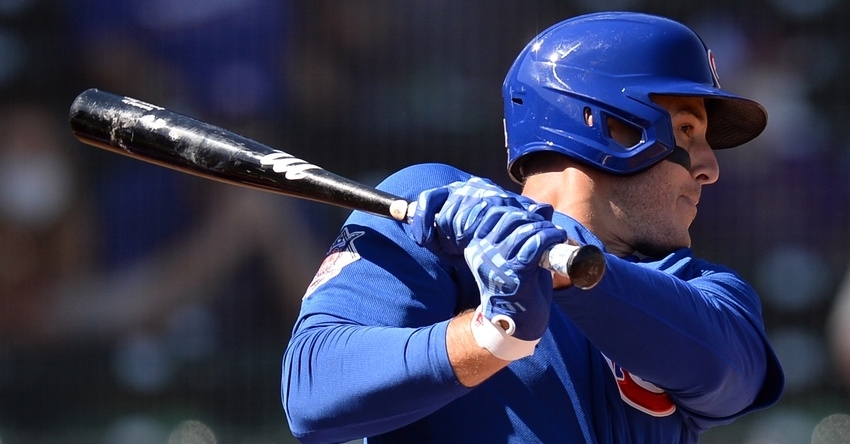 The Cubs looked very happy to be playing at Sloan Park on Monday afternoon:

Ian Happ was mic'd up during the telecast against the Rangers (pretty fun to watch):

Ian Happ singles on the first pitch while mic'd up with Boog & Demp!

Happ said that Javy Baez is the best baserunner on the team, in his opinion.

We asked @ihapp_1 who's the best baserunner on the Cubs? pic.twitter.com/Utlohi3Sov

Zach Davies was impressive again this spring with three scoreless innings (SPOILER: He got the win):

Javy Baez crushed a three-run homer to center to put the Cubs up 7-0:

Youngster Chase Strumpf got into the action with a solo homer:

The Cubs ended up winning a lopsided affair with a score of 9-0:

Jake Arrieta spoke to the media Monday afternoon about being able to play in front of baseball fans at ballparks last season.

“Wrigley is such an amazing attraction for the city. To have that taken away from not only the fans and the players but local businesses, it was tough, all around the country, all around the world for a lot of people. For our sport, it hit closer to home.”

“Hopefully, we’re able to slowly get back into a situation where we can get close to capacity at Wrigley and get back to normal.”

Starting on Opening Day, fans will be allowed to return to Wrigley Field at a 20% capacity. Jake Arrieta is excited, not just for Cubs fans but for the neighborhood around the park:

This was HUGE news for Cubs fans around the world: