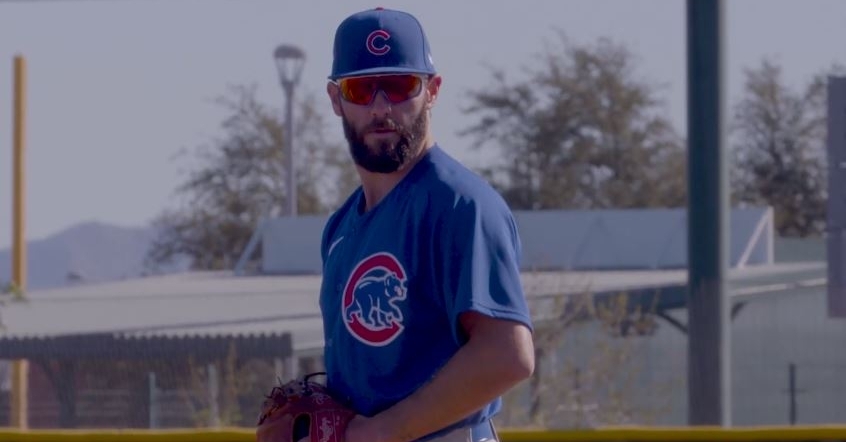 Jake Arrieta is back with the Cubs (Photo: Cubs)

Cubs baseball is back for 2021! It truly feels like it has been forever.

Here at CubsHQ, we will try to bring you some of the latest news and notes from camp and try to highlight some of the fun and interesting things on social media regarding the ballclub.

Spring training with the Cubs at Sloan Park has been jam-packed the last few days as players have arrived, gotten testing out of the way, and now working out in front of teammates and coaches.

Check out a few pics from the first few days:

Here is the workout video for different Cubs players on Thursday:

Here is a link to our first Spring Training gallery (19 photos total) from Thursday, courtesy of Kassie Hager.

Cubs legend Andre 'Hawk' Dawson will be a guest of the Mound' with Ryan Dempster on Friday at 8:30 p.m. CST on Marquee Sports Network.

Here is a preview of the interview:

Tune in if you can tonight at 830pm CST on ?@WatchMarquee?! I grew up watching the great Andre Dawson in French broadcasts as he roamed RF in the Stad D’Olympic, now I get to talk to him about his amazing career! Pinch me!!! Honored to have Hawk join ?@OffTheMound?! pic.twitter.com/1Tq2LXDKjP

Fergie Jenkins is one of the GOATS for the Cubs regarding starting pitching. Jenkins is giving away a few autograph baseball cards of himself.

All you have to do is follow @fergieajenkins and @BleacherNation, and smack that RT button!

Random winner announced Sunday, and Fergie will mail it out to you! pic.twitter.com/8uuAcfPpuM

Interesting tidbit on the pitching staff for 2021 as Adbert Alzolay still has an option left so he could be shuttled back and forth from the minor leagues to the majors at some point.

Worth noting for the Cubs' rotation situation: While Alec Mills is out of Minor League options, Adbert Alzolay has one option year remaining.

This is a really cool picture of Chicago's Wrigley Field back in 1945 during the World Series restored in color.

This is an interesting read about the Hall of Fame and how they didn't vote anyone in this year.

Do you think Barry Bonds, Roger Clemens, and others from the steroid era will get in eventually?

New Cubs pitcher Trevor Williams was interviewed by MLB Network recently about how pitching for the Cubs is a dream come true for him but especially for his father.

.@MeLlamoTrevor pitching for the Cubs will be a dream come true for his dad. @Cubs | #Cubs pic.twitter.com/1dAMAhbcYy

Check out the bundles that are already sold out that had autographs when you bought coffee—pretty cool stuff.

One interesting tidbit from the youngster lefty Brendon Little.

He is now throwing gas at 99 MPH, which is one reason he has been somewhat surprisingly invited to Spring Training. An impressive heater with a nice slider combo should bode well for his future.

Well, this explains the reason Little is in camp. #themoreyouknow https://t.co/U3DVwl4FwY pic.twitter.com/vuSRoKmTuW

New Cubs arm Brandon Workman should be a solid contributor in 2021.

David Ross thinks he will be a valuable addition in the bullpen this season.

“[Workman] is a guy I got a lot of history with,” Ross said. “We played together in 2013 on that championship team in Boston. So I’ve got some background there. I’ve kind of followed his career a little bit. The year he had in [2019], it was pretty impressive out of the bullpen in Boston."

He looks to regain that form this season: https://t.co/M1woAOdgws pic.twitter.com/kIJ22djBKL