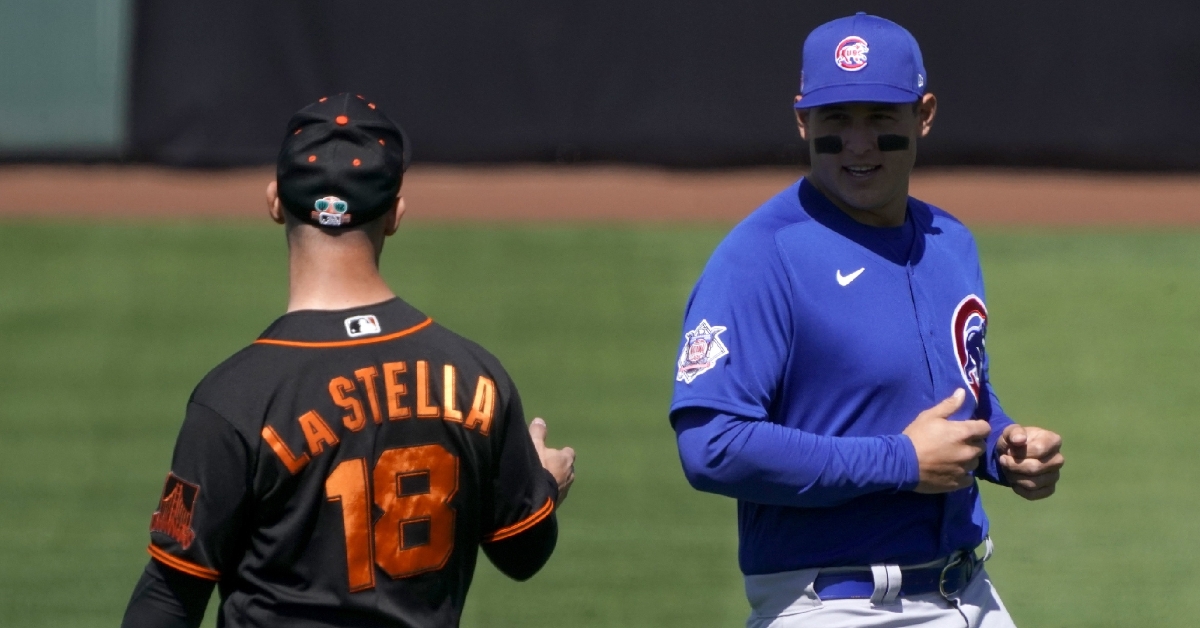 Unfortunately for fans of the Cubs and Giants, Wednesday's game was not televised.

However, we do have a few highlights and pics of the action in the Cubs 7-6 loss.

Cubs pitcher Alex Mills gave up a run in the first inning but settled down after that:

Alec Mills has quietly had a good start to spring only allowing his one run in two short starts:

All the doom and gloom by Cubs fans this offseason about the pitching but the starters are performing well giving up only three runs total so far:

Catcher P.J. Higgins who is battling for a backup catcher spot homered today:

According to @amartinez_11, who was thankfully more observant than me, Manny Rodriguez was sitting 97-99 mph with his fastball on the stadium gun.

Nice to see. A year ago, Rodriguez was opening eyes, but had to be shut down due to injury.

Alfonso Rivas was impressive today with a two-run double:

Unfortunately for the Northsiders, the Cubs lost 8-7 today:

ICYMI: Eric Sogard got a RBI single in his first Cubs at-bat this spring on Tuesday:

RBI single for @EricSogard in his first @Cubs at-bat! pic.twitter.com/dbknOcR3aS

Former Cubs starter Jon Lester shared that he was tired at times last season because of a thyroid issue that he recently had surgery on:

Jon Lester, sporting a small scar on his neck following thyroid surgery, says the fatigue issue had been going on "for a while," including last season with Cubs. Started doing research, had sense it was thyroid. Ideally would've had surgery over winter but COVID delayed things.

Cubs announcer Andrew Belleson is walking away from Wrigley Field and going to pursue his dream of being a sports broadcaster:

Best of luck and thank you to Chicago Cubs PA announcer @ChicagoCubsPA as he enters a new chapter in his career.

Newcomer Trevor Williams should be an X-factor coming up this season for the Cubs:

Wrigley Field is ready for fans --- well 20 percent of capacity. Enter here to win a chance to buy tickets during the presale:

The Friendly Confines doesn't sound the same without you. #CubTogether

Sign up now for your chance at limited-capacity #Cubs games: https://t.co/BiD3w4rxR4 pic.twitter.com/ujeTTsVuVg

Retro pic of Orval Overall who has one of the best baseball names of all-time: