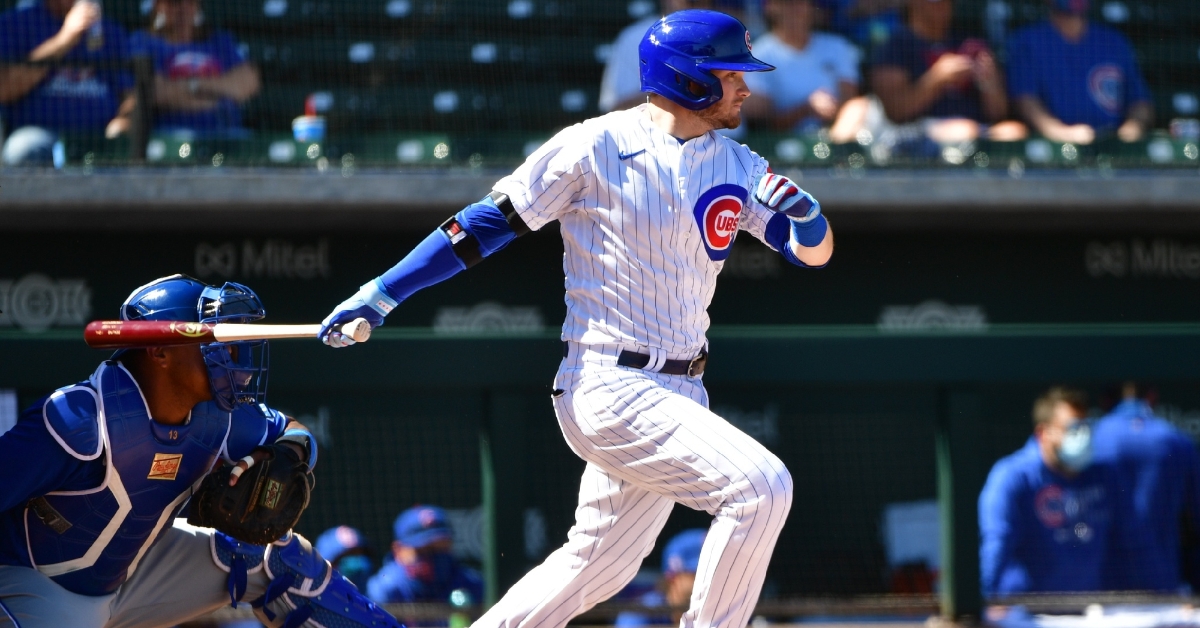 Highlights from the Cubs 3-2 win over the Royals as the Northsiders are now 2-0 during the spring season:

Nico Hoerner with a two-strike double in the first inning:

Rafael Ortega had a three-run triple which was the difference in the ballgame:

The Cubs won 1-0 against the Padres yesterday:

If you missed the Cubs action for the first game, you are not alone as it wasn't televised.

Here is a recap and a few takeaways:

Anthony Rizzo proclaimed his legit speed on the basepaths and his grilling skills regarding chicken in the following video:

You can literally hear Tony's two chains in this latest mic'd up! pic.twitter.com/ipzMCgc4Dm

The Cubs had some fun during yesterday's workout by having a quick golf contest:

It's nice to have Cubs baseball back again for several months:

Some workout video of Jake Arrieta pitching to Joc Pederson on Tuesday before the game:

Arrieta also threw to Javy Baez from the batting group:

Newcomer Shelby Miller talks about his reasoning on signing with the Cubs:

Listen in on new Cubs pitcher Shelby Miller on why he signed with the North Siders: