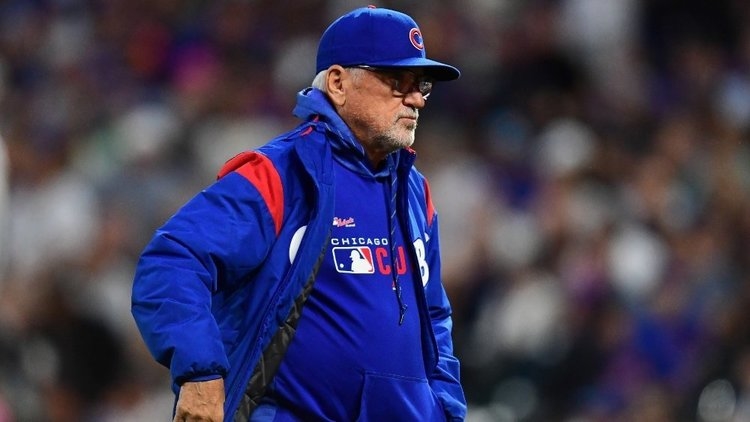 DENVER — One team took advantage of the hitter-friendly combination of the thin Denver air and the wind blowing out at Coors Field on Tuesday night, and that team was not the Chicago Cubs (37-29). Losing their second straight against the Colorado Rockies (35-31), the Cubs tallied three hits through eight innings before notching three additional hits in an essentially meaningless ninth frame and were done in by a Rockies club that accrued 13 hits in all. A 5-run sixth inning enabled the Rockies to take total control of the game, leading to a 10-3 Cubs loss.

For the second time in less than a week, rookie Rockies pitcher Peter Lambert won his start against the Cubs. Last week, Lambert pitched a gem in his big-league debut versus the Cubs, and, on Tuesday, he made his case as an early nominee for becoming the latest certified Cub killer by producing yet another winning outing when facing off with the North Siders. Lambert tossed five innings of 1-run ball and also made a stellar catch in foul territory during the top of the fourth. Cubs starter Jose Quintana, on the other hand, was not stellar at much of anything on the evening, as the lefty was taken out after stringing together 4 2/3 innings of 4-run ball.

The offensive Cub killer for the Rockies was none other than Daniel Murphy, who played for the Cubs last season. Although the slugger was thrown out at second base and home plate during the course of the contest, with the play at second base coming on a rocket of a throw by Cubs left fielder Kyle Schwarber, he was exceptional when swinging the bat. Going 3-for-4, Murphy registered two RBI, which came on a first-inning double to right field.

Jason Heyward provided the Cubs with their only big hit of the loss, as he collected his 10th homer of the year on a solo dinger that barely made it over the wall in left field. Heyward's round-tripper made the score 2-1 in favor of the Rockies in the top of the second, which was followed by a competitive battle that spanned the next few innings. The situation changed in the bottom of the fifth, though, with the Rockies plating two runs to begin their ascent.

In the bottom half of the fifth inning, an RBI single by Trevor Story was soon followed by Quintana's departure. Thereafter, a throwing error suffered by Cubs shortstop Javier Baez on an unnecessary throw to first base resulted in a run coming home on an infield single by Nolan Arenado. Cubs reliever Brad Brach gave up the infield hit, and he was taken for several more hits in the ensuing inning. The Rockies' 5-run sixth included a couple of RBI base knocks off Brach that preceded Tyler Chatwood taking the mound for the Cubs. Inheriting two baserunners, Chatwood wasted no time in enabling them to score, as he was taken deep by Charlie Blackmon on his fifth pitch. The 3-run bomb sailed out beyond center field to put the Rockies ahead by a score of 9-1.

A sacrifice fly hit by David Dahl in the bottom of the eighth increased the Rockies' lead to nine. The Cubs then got a couple of runs back in the ninth, thanks in large part to a leadoff double by Colorado native David Bote. The 2-bagger came in Bote's lone plate appearance, and Bote was scored soon afterward on an Addison Russell single. Later in the inning, Russell was ushered across the plate by a single off the bat of Albert Almora Jr. that resulted in the 10-3 final score.