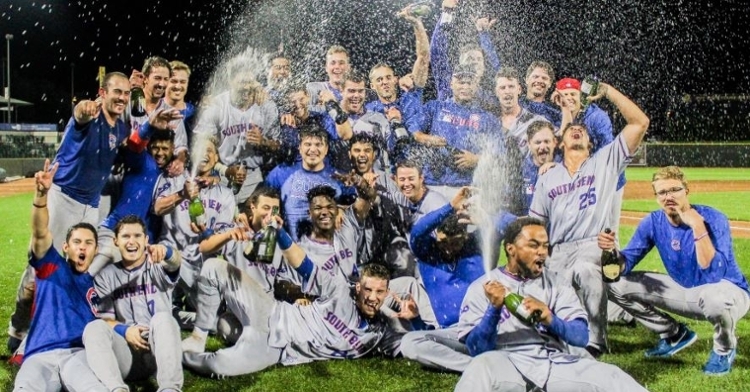 This weekend was full of excitement for two of the Cubs farm system teams as both had a chance to advance to the next round of playoff competition. For one team, their season comes to a bittersweet end, but for the other, they will live to play at least three more days as the Cubs went 1-1 on Sunday with South Bend heading to the Midwest League Championship Series.

IOWA CUBS 5 – Round Rock Express 10: After suffering two gut-wrenching losses in extras to open the series, the Cubs were in do or die mode right from the first pitch Saturday night. With the Cubs emerging victorious 3-2 on Friday and then pulling off a 5-4 extra-inning win on Saturday to even the series 2-2. It was win or go home for both teams on Sunday as Trevor Clifton took to the mound.

What looked like a promising start from the Cubs jumping out by three runs in the games first two innings quickly turned ugly as Round Rock was able to strike for seven runs in the third to take the lead. That would be all the offense the Express would need as they managed to outlast the Cubs 10-5 to claim the best of five series 3-2.

With the potential game five starter Michael Rucker tossing a few innings of relief on Friday, Iowa was thrown a curveball as they now needed a new game five arm. Fortunately for them, Clifton was rested and ready to go as he was hoping to advance to the Pacific Coast League Championship. What started off promising turned south with Clifton allowing six earned runs in just 2 2/3 innings of work. The bullpen wasn’t much better, as Dakota Mekkes was the lone arm to not yield a run in the contest.

Things got off to a promising start for Iowa early on as it looked like momentum would once again be on their side. With three straight men reaching base in the first inning, Jim Adduci made it four-straight as his single quickly gave Iowa a 2-0 lead. Johnny Field would then extend the lead to 3-0 in the second as he manufactured a run in via RBI groundout keeping Iowa in front.

The third inning is when everything changed as Clifton suddenly lost his stuff on the mound. Round Rock could sense the nerves and made him pay by sending 11 men to the plate and bringing home seven runs to take the lead for good 7-3. Alex De Goti delivered the huge blow in that inning as his first homer of the post-season took a 3-3 game and turned it into the 6-3 Express lead.

Needing some much-needed offense in a hurry, Donnie Dewees was able to get one of those runs back in the fourth inning as his single made it a 7-4 game. That was as close as the Cubs would get as a sixth-inning homer from Drew Ferguson followed by a Chas McCormick eight-inning blast stretched the lead to 10-4 in favor of the Express. Vimael Machin was able to provide some late-game thunder with his eighth-inning homer, but it was nowhere near enough in the season-ending 10-5 loss.

Machin continued to hit the ball well since his promotion recording two more hits for the Cubs. He was one of three players to dish out a multi-hit afternoon with Adduci and Trent Giambrone joining him in that category. Four other players tallied one hit. With the loss, Iowa will now have to wait over 200 days to take to the field again with the potential of a few more players getting called up to Chicago from now until the end of Sept.

Jim Adduci played a huge role in the 2019 season and came through in a big way with a pair of RBI to be the final @EMCInsurance Player of the Game! pic.twitter.com/qeOYJRbqZF

What a season. Thank you to all the players, staff and fans that made 2019 one to remember! pic.twitter.com/rHiMabJrgF

SOUTH BEND CUBS 7 – Great Lakes Loons 3: New team same result for the Cubs on Sunday as they were able to advance to the Midwest League Championship series following a 7-4 win over the Loons. The win not only gave the Cubs a 2-0 series sweep and 4-0 postseason record, but they have yet to lose a game in September winning the final two regular-season games heading into the postseason before ripping off two straight series sweeps.

It was Derek Casey’s turn to take the ball as he was the final man of the four-person playoff rotation left to throw. Despite working in and out of several jams in his four innings of work, Casey did his job on the mound as he gave the Cubs a chance to win allowing just one run on five hits to go with a pair of strikeouts. Thankfully the South Bend offense continued to swing hot bats and backed him with plenty of support in the win.

Just like Iowa earlier in the day, the South Bend offense came out on fire as they gave the Cubs a lead they never looked back on. Nelson Maldonado provided the first run of the game with a single in the first before Brennan Davis doubled the lead 2-0 in the second with a single of his own. After Lionel Valera cut things in half in the third with an RBI single, South Bend delivered the knockout over the next two frames as they were the better team.

With a 2-1 lead and a pair of runners on base in the third, Maldonado was up at the plate once again and delivered what proved to be the game-winning hit as his first double of the postseason pushed the lead to 4-1 Cubs. One inning saw Clayton Daniel deliver the final nail in the Loons coffin as his bloop single brought home two more to extend the Cubs lead to 6-1 with the bullpen now set to take over.

After Fauris Guerrero tossed two shutout innings of work with four K’s to earn the win, Great Lakes began to rally off lefty Brandon Hughes in the seventh. With a walk and two singles loaded the bases with just one out, the Loons were able to make things a 6-3 game when both Romer Cuadrado and Michael Busch added two more singles of their own. Fortunately for South Bend, that would be as close as the Loons would get as Maldonado capped off his huge day with an eighth-inning sacrifice fly before Brendan King closed it out for his first save and the series-clinching 7-3 win.

Both Daniel and Levi Jordan couldn’t be stopped at the plate, as the two of them each tallied three hits which accounted for six of the teams 13 in the game. Multi-hit efforts from Andy Weber, Davis and Maldonado also sparked the offense with Nelson Velazquez adding the final hit. Maldonado paced the team with a four-RBI night as his bat was the difference in the win.

South Bend now has the benefit of not one but two off days before the Midwest League Championship Series starts as they await the Western Division series winner between Clinton Lumberkings and Cedar Rapids Kernels.