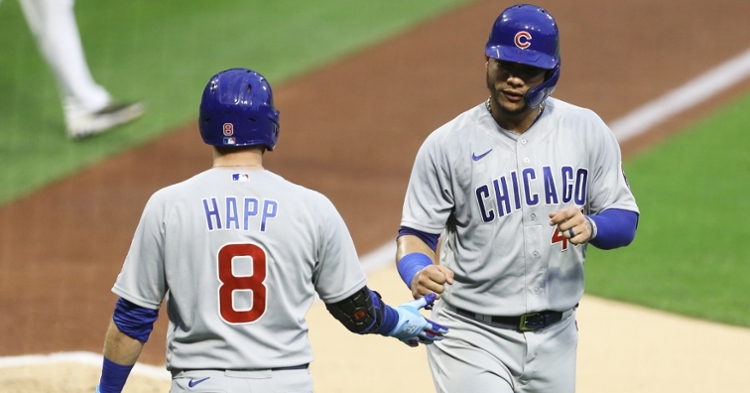 We are down to just 12 games left in the 2020 MLB regular season, and the Cubs are all but a postseason team. At this point in the season, the Cubs hold a four-game lead over the Cardinals, and if Chicago goes 6-6 down the stretch, the Cardinals would have to play almost perfect to pass them up.

While the road may seem easy when you look at the amount of time left, the schedule will not be easy as the Cubs will be facing three teams in the hunt for postseason contention, with all three of them hailing from the AL Central. That starts with a two-gamer against Cleveland tonight as the Cubs will play their final regular-season home games this week. Here are the matchups

With the off-day yesterday and another one set for Thursday, the Cubs can go with four starters, for the time being, keeping everyone on regular rest. That includes Darvish, who will be getting the ball in this one.

Last time out, Darvish had a rough first inning, which proved to be too much against Trevor Bauer. He allowed three earned runs in that frame and lost his first start in eight tries 3-0. Take away that first inning, and Darvish looked like his usual self over his final five frames, and the Cubs are hoping that continues against an Indians team battling for a wildcard spot.

Carrasco didn't pitch well to open the season, but is starting to hit his stride as the season closes. That is coming at the perfect time for the Indians as they have needed his arm. Over his past 19 frames spanning three starts, Carrasco has allowed just two earned runs in the process, and the Indians have gone 3-0 in his outings.

This will be Carrasco's second start of the season against the Cubs, last facing them in early August. In that outing, Carrasco lasted 4 1/3 inning allowing three runs on four hits to go with seven strikeouts. However, he did walk five batters and threw a lot of pitches as the Cubs chased him early in a 7-2 Cubs win. Chicago is hoping to take a similar approach against him once again.

After showing visible frustration after his outing against the Cardinals, Lester went out and delivered his best outing of the season Friday, taking a no-decision. Lester lasted six innings, allowing zero runs on three hits, two walks, and eight strikeouts. Milwaukee went on to win 1-0, but it was great to see that version of Lester show up once again.

We knew coming into the season that Lester was nearing the end of his career, but we didn't how close it would be. For most of the season, it has seemed like the end is near. However, this is September, and this is playoff baseball. We all know how Lester is in September. Lester is hoping to duplicate his first outing against the Indians this season in which he lasted six innings, allowing one run on three hits, two walks, and four strikeouts in the Cubs 7-1 win.

Opposing Lester will be the righty Civale who is having a solid season. Record aside, Civale has shown promise in the rotation, leaving the Indians with some hope that he can fill in for Michael Clevinger long term. The 26-year old Civale has been bitten by hard-luck lately but continues to grind on the mound to give his team valuable innings.

In his last outing against Kansas City, Civale gutted it out to pitch six innings. He allowed four runs on seven hits in the loss while striking out seven. The results may not have been what he was hoping for, but his stuff was much better than it has been in the past. This will be his first career start against the Cubs.

Much like what I said heading into the Brewers series, determination and heart will be huge X-factors. While the Cubs are better positioned than the Indians for the postseason, the Indians are fighting for their playoff lives right now, so don't expect them to be an easy out. Cleveland is 26-21 on the season and has displayed a great offense, along with strong pitching.

The problem, much like the Cubs, has been consistency. These are two teams that are talented enough to make a deep postseason run, and both are looking to get some consistency over the final two weeks. This would be a great series to have fans in the seats but expect a hostile environment either way.

If Darvish continues to pitch as he has all season and Lester builds on his last outings, then the Cubs should be the favorites to take the series. I am on board with that and think the Cubs will take this series 2-0. Their pitching is set up the way they want, and some of their hitters are slowly starting to put things together. If the series ends up 1-1, I wouldn't be surprised, but I like the Cubs to sweep.