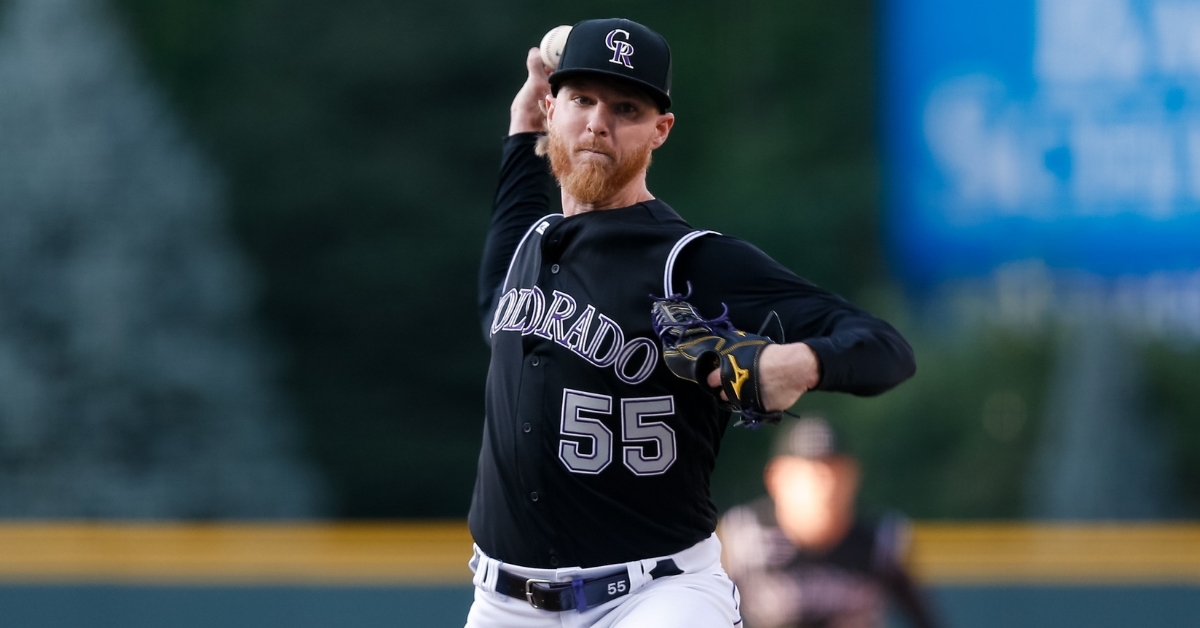 Jon Gray would be an interesting trade piece to Cubs

The Cubs starting staff has been a growing area of concern for the past few seasons and was an issue last year. With three of the teams four starters 31 years of age or older, and Kyle Hendricks about to hit the 30-year mark shortly, not only do the Cubs have one of the oldest staffs but one of the slowest in terms of velocity with only Yu Darvish reaching 95.

With what looks to be an opening in the rotation for next season, the Cubs have plenty of decisions and options to make when determining how to fill that role.

Option 1 would be to stay in home where you have Alec Mills, Tyler Chatwood, Adbert Alzolay, Kendall Graveman (reunion possible), or Colin Rea as potential pieces to fill that final spot. None of these players are ace material with only Chatwood and Alzolay as above average in terms of velocity, but all of them are under 30 years old, which would be a key for the rotation.

Option 2 would be to sign a free agent starter with hopes of building the rotation around them. With Gerrit Cole and Stephen Strasburg as the big names this winter, don’t expect the Cubs to throw out 25-30 million for a starter on a seven-year deal, especially since both will be nearing 37 years old when the deal is done. Instead, look for the Cubs to sign former aces to 2-3-year deals as Madison Baumgarner, Wade Miley, potentially Charlie Morton as options for the rotation. Not only would the Cubs not be tied to a lot of years, but they would come at half of the price, and they could be used as middle of the rotation pieces to solidify the staff.

The third option and what seems to be more likely at this point is that the Cubs trade for a starter. One name that is starting to draw traction is Rockies starter Jon Gray as I like the fit he brings to the Cubs. Not only is Gray still young at 27 years of age, but he brings to the table something the Cubs lack as he consistently hits the mid to upper 90’s with his heater. Not to mention, he is still under team control and will come relatively cheap you can see why the Cubs are plenty interested as are other teams.

When you look at Gray’s numbers, you may not like what you see as he is 43-33 for his career with a 4.46 ERA. Keep in mind, those numbers are inflated because of Coors Field, but none the less, Gray has gone 33-21 with a 4.14 ERA over the past three seasons as the Rockies number two in the rotation. Given the consistent production we have seen from Gray over the past three years, the Rockies may not want to move on from him despite keen interest across the league.

Should they indeed decide to deal him, you can bet they will be looking for an excellent package in return, like a mix of prospects and a major league ready arm. Gray would fill the need in the Cubs rotation without Chicago having to break the bank in free agency. Not only is he young enough to build around, but he wouldn’t have to be the ace of the Cubs staff, and they could slot him in the no. 3 spot in the rotation and sandwich him between Hendricks and Darvish. Getting away from Coors field could also help him continue to build on his recent success.

The only problem with this deal is, are the Cubs the best trade fit for the Rockies. With Charlie Blackmon still around and Nolan Arenado still in his prime, the Rockies may believe they can continue to contend this season. If that is the case, the only way they dump Gray is if they have a replacement for him in the rotation that they feel is better off. Unless the Rockies want to take Chatwood back and eat some of the salary or deal for Mills, I don’t know how the Cubs could pull this deal off unless Jose Quintana would be the player swapping teams.

The other part of the deal revolving around prospects is much easier for the Cubs to maneuver as they have plenty of intriguing prospects. Don’t expect them to part ways with Miguel Amaya, Brailyn Marquez, Alzolay, Brennan Davis, or Nico Hoerner, but there are plenty of other names, especially pitchers that could get this done. With the Rule 5 draft nearing, Tyson Miller could be one pitcher the Cubs elect to retain, which could be a centerpiece to a Cubs/Rockies deal for Gray.

There is no point at this stage in the game to speculate whom the Cubs would give up for Gray, but despite what plenty of people think about the Cubs farm system, they have more than enough talent in the system to pull this deal off. We need to wait and see how interested the Cubs are about fixing the rotation by getting younger harder throwing arms.