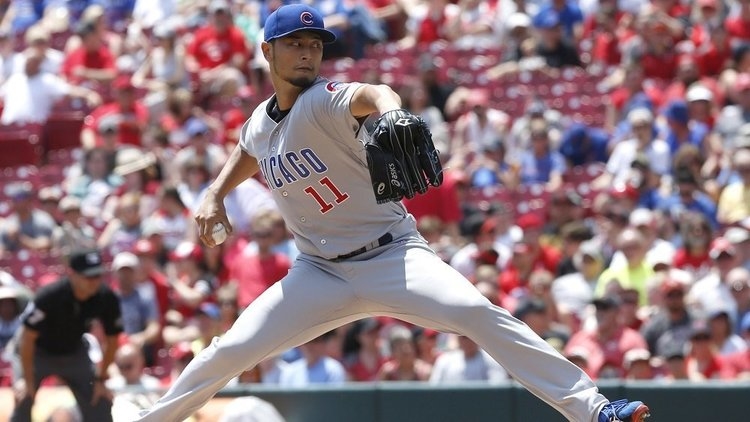 Darvish update: According to WGN’s Steve Scheuer, Yu Darvish threw 45 pitches from the mound this morning “and looked REALLY good.” In a short interview, Darvish acknowledged that he did “nothing for the Cubs last year” and wants to be productive for both the team and its fans this season.

Yu Darvish throws 45 pitches from the mound today and looked REALLY good. He says he also feels good and wants to prove to the Cubs fans he was and is worth the investment. #cubs #darvish #wgntvnew pic.twitter.com/CWEUEw7Cuv

Schwarber; Lifetime Cub? According to Buster Olney of ESPN, if and when the league finally implements the designated hitter for the National League, Kyle Schwarber may remain a permanent fixture in Chicago. No one doubts that Schwarber possesses the ability to hit, and while a DH spot could suit both him and the team, other factors, such as the free-agency market and future performance, will certainly affect Kyle’s future as a Cub.

Ryan Madson: The free-agency situation this off-season may be about to claim another victim. The veteran righty, Ryan Madson, is currently debating his future in the game. It is unclear whether the 38-year-old is contemplating his departure due to personal considerations, or due to lack of offers.

Giants: The latest reports out of SF say that the Giants are planning to offer Bryce Harper a short-term deal. The team and Harper had a meeting that lasted approximately four hours last week and included ownership from the Giants.

Mariners: Jerry Dipoto is at it again. In a season that has seen new acquisitions turned through a revolving door, Dipoto is now trying to off-load recently acquired 1B/DH, Edwin Encarnacion. Thus far, no takers.

Royals: Homer Bailey now finds himself getting ready to suit-up in Kansas City after being traded to Los Angeles as part of the deal that sent Yasiel Puig and Matt Kemp to the Reds. Bailey was released by the Dodgers moments after the trade with the Reds became official.