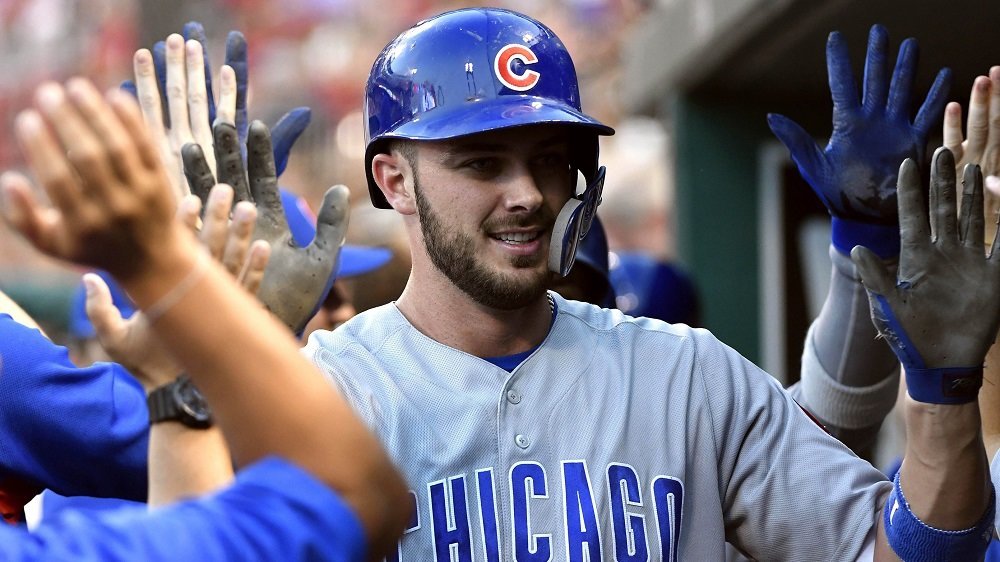 One of two things has become increasingly clear about Buster Olney: he’s either uncovered some sort of secret that Theo Epstein didn’t want released, or he’s got some sort of axe to grind with the Cubs.

A week or so ago, Olney came under fire for a story that the Cubs wouldn’t be opposed to trading Kris Bryant. The statement was addressed almost immediately by Theo Epstein, even if Epstein didn’t completely answer the assertion. In his comments, Epstein stated that as a matter of policy, the club would always listen to offers, but that they were looking to add and not subtract.

When Anthony Rizzo’s name got thrown into the mix of core players that the Cubs could trade, he responded equally as quickly, and twice as sharply, as Epstein did, tweeting, “Sources. Lol. why don’t people just own up instead of writing article for clicks? It’s football seasons take a [break] and chill?”

Olney went on the attack again this morning, this time taking David Kaplan with him. Through his Twitter account, Olney stated, “Still waiting for someone to dispel the information in the piece, that the Cubs have communicated to other teams they are prepared to listen to offers for Bryant -- and that's a shift from previous off-seasons, not some general GM operating philosophy.”

Still waiting for someone to dispel the information in the piece, that the Cubs have communicated to other teams they are prepared to listen to offers for Bryant -- and that's a shift from previous offseasons, not some general GM operating philosophy.

For his part, Kaplan replied, “Buster is 100% accurate. It doesn’t mean he’s getting traded, but it doesn’t mean they haven’t ever spoken to anyone about him. #Fact.”

Buster is 100% accurate. It doesn’t mean he’s getting traded but it doesn’t mean they haven’t ever spoken to anyone about him. #Fact https://t.co/i9Y4akkMxV

While I don’t think so much should have been made about Olney’s original tweet, the fact that Epstein and Rizzo jumped on this so fast and that Olney continues to fan the flames is interesting. Although unlikely, there is certainly some combination of players out there that would result in a Bryant trade, which is why Epstein never said never, but he almost continues to dance around Olney’s original statement.

During the course of the GM meetings last week in California, Epstein was asked about players who were deemed to be untouchable.

“We’ve never operated with untouchables,” Epstein said. “I just think it sends the wrong message. I mean, there will be guys who are — given what we’re trying to accomplish — (at a point where) it would be virtually impossible to envision the deal that would make sense to move them. I just don’t believe in operating with untouchables. Because why limit yourself? But there are players who are so important to us on the field and in the clubhouse that it would just be going backwards through whatever lens- narrow view, long view- by moving those guys. Players who have almost made themselves untouchable. It’s semantics, but we don’t really talk that way.”

When Paul Sullivan of the Chicago Tribune pressed Epstein with follow-up questions the next day, Theo went on to say, “I think they all understand- like all of us- their careers depend on performance and in some cases on improvement. Playing time and spots on the roster and all those things — it’s a business. They depend on performance. And ultimately our success as an organization depends on performance. That’s the reality and we’re communicating really directly with our guys about it and working really hard with them to attain those goals.”

Does this sound like some sort of political double-speak?

I think the fairest way to encapsulate everything that Epstein has said is as follows: The Cubs aren’t looking to trade Bryant or other core players at this point, but if the right deal comes along, guys could move.

The one thing that isn’t being factored into any of this, is that Scott Boras is quietly licking his chops, waiting to net Bryant (and himself) the big bucks in free agency. Neither Boras nor Bryant were very pleased with the Cubs toying with Bryant’s service time, and the objective is to make them pay dearly for it. While I’m not suggesting that the Cubs will trade Bryant this season, I am suggesting that such a trade may come before 2022 when Bryant becomes a free agent.

In the meantime, stop worrying about Olney’s tweets and Bryant’s future, and start worrying about the pieces that could move this winter; Ian Happ, Addison Russell and possibly Kyle Schwarber.