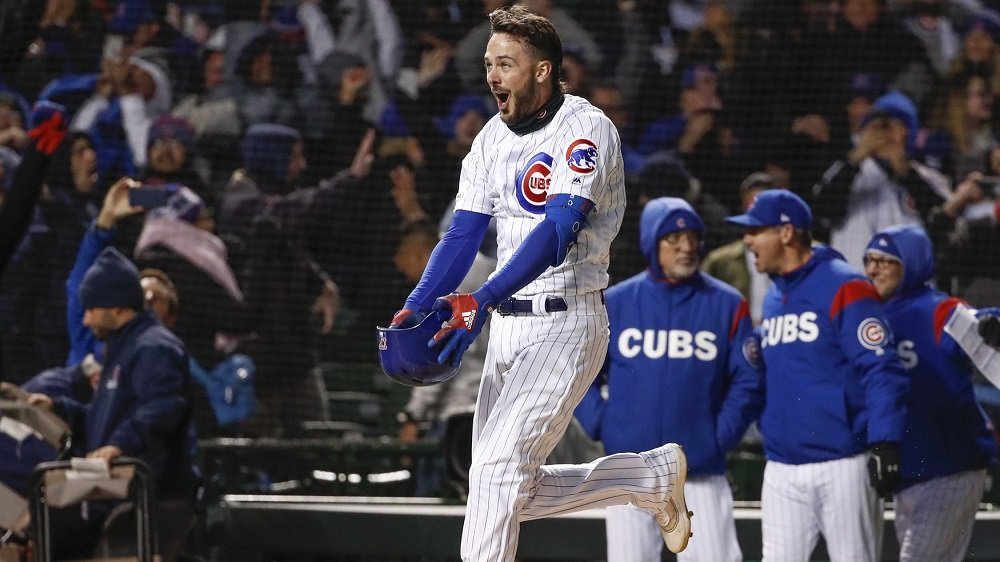 Let's get right to the highlights...

In a series that stood to be the Cubs’ last road series win until August, the former MVP launched three deep drives in a 14-6 win over the Nationals in May.

Bryant was selected as an all-star in his resurgent campaign following battling a shoulder injury all year long a year ago. This year Bryant tallied 31 homers and 77 RBIs despite dealing with knee and ankle injuries.

KB also ended the KB isn’t clutch argument by delivering a few go-ahead/winning homers this season against the Marlins, Reds, Giants and of course the Nationals.

Bryant also added an NL Player of the Week award down the stretch - but no game was more impressive than his three home run outburst against the Nationals.

To make the feat even more rare, Bryant sent his homers awol in consecutive innings, those innings being the seventh, eighth and ninth.

Cubs win wild one over Giants

This year that ultimately filled the Cubs with an organization-wide feeling of disappointment did contain some games that felt like season-defining wins.

One of those wins came in a 12-11 victory over the Giants in August.

The Cubs and Giants went back and forth, putting up runs and crooked numbers all game long. The Cubs, as was the story for the majority of the second half, were led offensively by Nicholas Castellanos who was four for five in the game.

Despite homering, Castellanos’ biggest hit was a leadoff single in the 8th when the Cubs were down 11-10. That set the table for Kris Bryant who lifted a ball to the stands in left and simultaneously lifted the Cubs to a huge, comeback win.

Rizzo called the win a “season-defining” one, check out the highlights here:

Early in the season the Cubs had a week in which they delivered clutch hit after clutch hit, powering their team to three walk-off wins in a span of seven or so days.

May 8th saw the first of the walk-off parade, coming off the bat of Kris Bryant. Bryant launched a pitch to left center field into the seats to give the Cubs a 5-2 victory over the Marlins.

The very next day, May 9th, saw the next of these walk-off blasts, with Heyward sending a ball to the opposite field and into the stands to give the Cubs a 3-2 win over the Marlins in 11 innings.

Just two days later, Willson Contreras capped off a marathon 15 inning game against the Brewers with a solo moonshot that landed on Waveland avenue to give the Cubs a 2-1 win over the Brewers and their third walk-off win of the week.

Stay tuned to Cubs HQ as the number 1 moment of 2019 comes out soon.