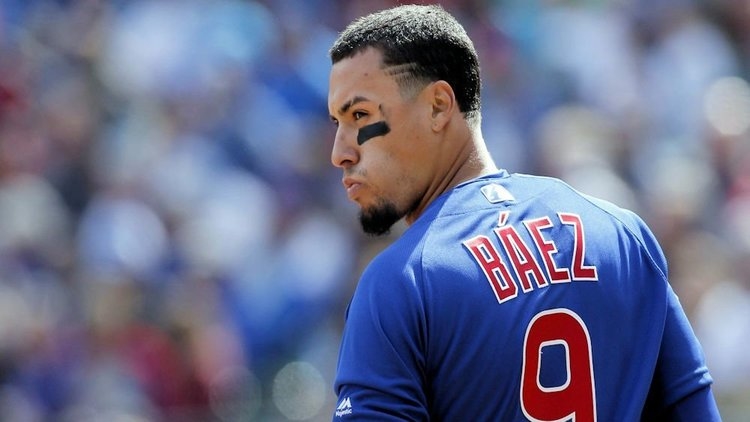 The Chicago Cubs blew several leads in both of their losses to the Texas Rangers. (Credit: Tim Heitman-USA TODAY Sports)

ARLINGTON, Texas — Fittingly, a game that the Chicago Cubs (1-2) squandered due to shoddy relief pitching ended on a walk-off wild pitch on Sunday. Cubs reliever Pedro Strop threw a pitch in the dirt that got passed the catcher and allowed Joey Gallo of the Texas Rangers (2-1) to come home from third base and give the Rangers a thrilling 11-10 win.

For the second game in a row, the Cubs saw two separate sizable leads vanish en route to coming up short to the Rangers at Globe Life Park. Chicago tallied 17 combined hits, with seven different Cubs accruing multiple hits, and used a 4-run sixth to go up 8-5. However, a disastrous effort out of the bullpen doomed the Cubs, with the Rangers tacking on three runs off Tyler Chatwood and Mike Montgomery in the seventh to go up 10-8 before going on to win in walk-off fashion. The Rangers notched 11 hits in the series finale, three of which were home runs,and they took two of three from the Cubs in the series.

Chicago newcomer Daniel Descalso was the leading hitter for the Cubs, as he went 3-for-5 and scored two runs. First baseman Anthony Rizzo went 2-for-5 at the dish and hit a solo jack into the upper deck to spark a late Cubs rally. Slugger Kyle Schwarber went yard for the second straight game, as he provided Chicago with an early 1-0 lead on a solo dinger to left-center in the second. Also of note, Cubs left fielder Ben Zobrist tabbed a pair of RBI and went 2-for-5.

The Cubs led 4-0 early on, with Rangers starter Lance Lynn not faring well. Starting on the bump for the Cubs was Cole Hamels, who was taking on the club that traded him to the Cubs last summer. Hamels allowed five runs in six innings pitched and gave up the Cubs' lead on a Delino DeShields Jr. grand slam in the fourth. The Rangers were able to come back again after Chicago took the 8-5 lead. Home runs from Jeff Mathis and Asdrubal Cabrera, whose 2-run blast put the Rangers ahead 10-8 after it clanked off the foul pole in the seventh, culminated in Texas retaking the lead. A homer by Rizzo and an RBI single from Descalso in the eighth knotted the game up at 10 runs apiece, but leadoff double by Gallo that ricocheted off the wall in left field led to him scoring on Strop's blunder in the bottom of the ninth, thereby securing the 11-10 triumph for Texas.

After giving up 19 runs in a span of two games, the Cubs will need to quickly address their pitching issues as their road trip carries on. Next up for Chicago is a 3-game set at SunTrust Park against the Atlanta Braves (0-2). Game one is set for Monday, April 1, at 7:10 p.m. EDT.