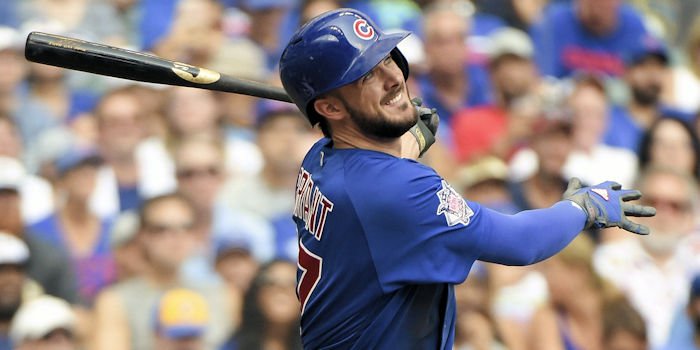 It was almost Groundhog day at Miller Park.

The Chicago Cubs finally ran out of extra-inning magic against the Brewers at the Northsiders fell 4-3 after Travis Shaw's walk-off homer in the 10th inning.

Wade Davis finally had a rough outing as he blew the save in the ninth inning giving up a homer to Orlando Arcia and then served up the two-run shot by Shaw to end the game.

Previously, Davis was 32-for-32 on save chances this season.

Cubs starter Kyle Hendricks pitched a nice ballgame going six innings giving up eight hits, one run, a walk, and six strikeouts. In his last 12 starts, Hendricks has a 2.34 ERA in 73 innings pitched. It was his eighth straight quality start in a row.

Jon Jay had another impressive performance with his RBI single in the 10th inning that appeared to be the dagger in the Brewers' playoff chances. However, the Brewers were finally able to win one of these clutch games in front of their home fans at Miller Park.

Another offensive star for the Cubs was rookie Ian Happ who was on base three times during the contest.

The Cubs and the Brewers will finish up their four-game series tomorrow at 1:10 PM at Miller Park.