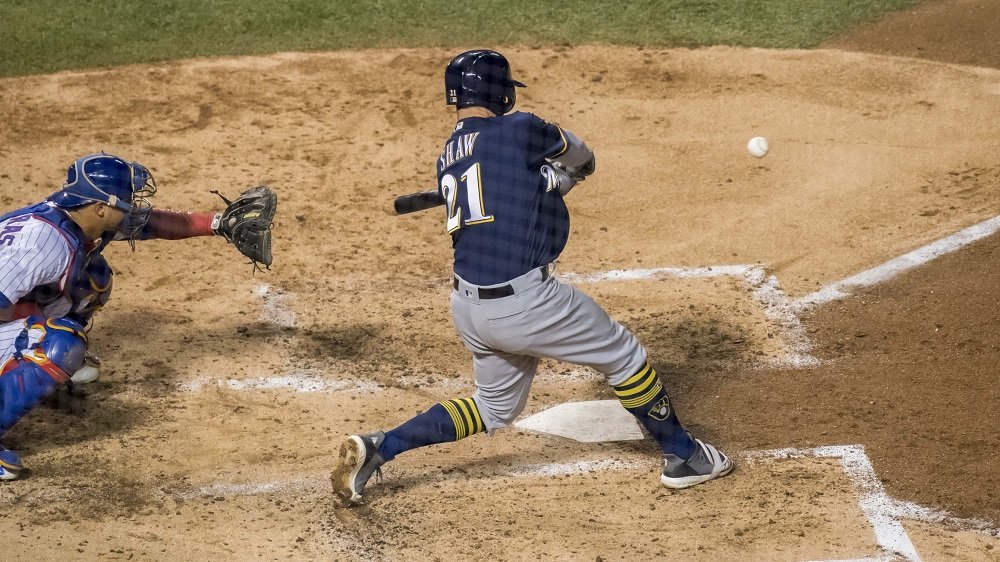 CHICAGO — Currently in a heated battle for first place in the National League Central, the Chicago Cubs and the Milwaukee Brewers faced off for the final time this regular season. Winning 5-1 to defeat the Cubs for the fourth time in their last six meetings, the Brewers pulled away using a three-run ninth inning to come out on top in the rubber match. Tallying six hits and three walks, the Cubs were not particularly adept in the offensive department, trailing for the entirety of the ballgame en route to having their divisional lead decreased to just one game.

Veteran outfielder Curtis Granderson, who was acquired by the Brewers a few weeks ago, was a one-man wrecking crew for Milwaukee, going 3-4 with a solo home run and scoring the first three Brewers runs himself. Granderson nearly led off the game with a homer, but his towering shot miraculously bounced twice off the rope attached to the baskets above the outfield ivy and fell back into the field of play. Originally ruled a dinger, the hit was ruled to be a triple following a replay review by the umpires.

Soon afterward, Granderson scored on a Lorenzo Cain single that included an error by Cubs center fielder Albert Almora Jr., which allowed Cain to reach third base. Thereafter, Cubs starting pitcher Kyle Hendricks was able to force two consecutive outs and prevent Cain from scoring. Hendricks went on to pitch five innings, in which he gave up two runs on five hits and one walk and struck out five. The Cubs left-hander fell to 11-11 with the loss.

Despite Brewers starting hurler Chase Anderson lasting just four innings on the bump, the Cubs did not fare too well at the dish. Not helping matters for Chicago was the great defensive display put on by the Brewers' outfield, with numerous great catches taking place to prevent extra-base hits for the Cubs. For what it is worth, Almora made an amazing catch, too, to rob Brewers third baseman Mike Moustakas of a hit in the sixth by laying out for a diving grab. However, the Brewers experienced their fair share of plate production in a game that saw eight different Cubs pitchers toe the rubber.

Granderson scored the second run of the night in the top of the third, when Travis Shaw brought him home on a sacrifice fly. Prior to that, Granderson hit a base knock with one out to set up the eventual scoring play. In the bottom half of the fifth, the Cubs got on the board via a two-out double off the bat of Kris Bryant. Bryant's two-bagger scored Tommy La Stella, who led off with a pinch-hit single and reached second base on a throwing error by Hernan Perez. The double by Bryant hit off the top of the wall in center field, missing out on being a home run by mere inches.

The Brewers led 2-1 entering the ninth frame, an inning in which they pushed three runs across to garner substantial breathing room over the Cubs, who made three pitching changes in the inning. With one out, Granderson earned redemption for his near-miss in the top of the first by jacking a solo bomb. Then, following a series of events that featured a pitching change, an HBP, a steal, a single, another steal, a walk and another pitching change, Moustakas made the score 5-1 with a two-run single. Brewers reliever Josh Hader, who dominated the Cubs throughout the series, collected the win to improve to 6-1. The Brewers took two of three from the Cubs in the three-game series at the Friendly Confines.

Although they won the season series with the Brewers (84-63) by a tally of 11-8, the Cubs (84-61) did not play particularly well against the Brew Crew in September. In fact, the Cubs have not played well overall as of late, losing six of their last nine contests at the back end of what has been a brutal stretch filled with no off days and a decent amount of rain delays and postponements for Chicago. The Cubs will have to right the ship if they are to prevent the streaking Brewers from overtaking them for good and claiming the National League Central pennant.