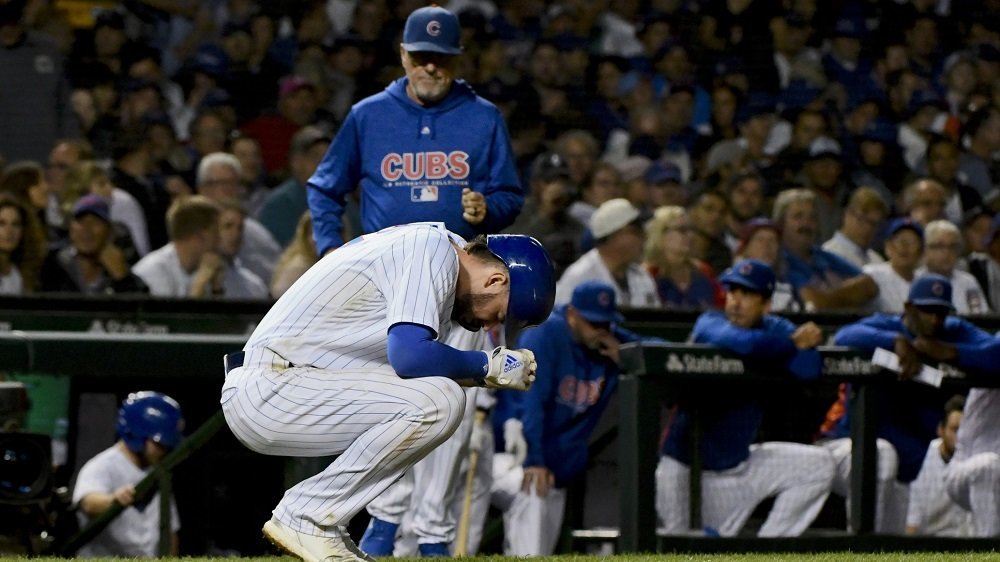 CHICAGO — Adding injury to insult, an unimpressive performance by the Chicago Cubs was made even worse for the North Siders by an ailment afflicted to star third baseman Kris Bryant. Leaving the game a few innings after getting drilled on the hand by a 95-mile-per-hour fastball, Bryant suffered a left wrist contusion. Getting shut out 6-0 by the Pittsburgh Pirates, the Cubs lost their second straight outing and saw their lead over the Milwaukee Brewers in the National League Central dwindled down to just half of a game.

Leaving 14 runners stranded on base for the second game in a row, the Cubs went 0-6 with runners in scoring position and mustered just five hits. As for the Pirates, they were a subpar 3-15 with runners in scoring position, but the Buccos came through with enough clutch hits to win comfortably. Continuing to make a name for himself at Wrigley Field, Pittsburgh right fielder Pablo Reyes went yard again after hitting a home run in game one of the four-game set on Monday. Tuesday's three-run dinger to left that was hit by Reyes provided the Pirates with a commanding 3-0 lead in the top of the second.

Cubs starting pitcher Mike Montgomery endured a frustrating stint on the mound, as he gave up five runs on seven hits in just four innings pitched. Montgomery also received the loss, making his record 5-6. The fourth run allowed by Montgomery came on a two-out RBI double by Pirates catcher Francisco Cervelli in the third. Pirates second baseman Adam Frazier led off the fifth with a double, chasing Montgomery from the game. Cervelli tallied his second RBI later in the inning on a groundout that plated Frazier, with the run being charged to Montgomery.

Chicago utilized eight different pitchers in the ballgame. Cubs reliever Jorge de la Rosa walked in the final run of the contest in the top of the sixth to make the score 6-0. The Pirates, on the other hand, used only three pitchers. Starting pitcher Chris Archer pitched six scoreless innings, in which he gave up four hits and struck out nine. Archer, who was acquired by Pittsburgh at the trade deadline, improved to 3-3 as a Pirate.

One of Archer's few mistakes on the night was throwing an inside pitch that beamed Bryant in the bottom of the fourth. Although he was clearly in pain after getting hit by the pitch, Bryant was able to tough it out before eventually being pulled in the sixth frame. X-rays came back negative on Bryant's wrist, but the 2016 National League MVP could still miss time due to the contusion.

2018 National League MVP candidate Javier Baez was the lone bright spot for the Cubs on a gloomy evening in the Windy City that featured a 55-minute rain delay prior to the start of the game. Baez went 2-4 at the plate and also made several impressive defensive plays. The 6-0 defeat at the hands of the Pirates (80-76) suffered by the Cubs (91-66) decreased the North Siders' lead over the Brewers (91-67), who topped the St. Louis Cardinals (87-71) 12-4 on Tuesday, to less than a game.