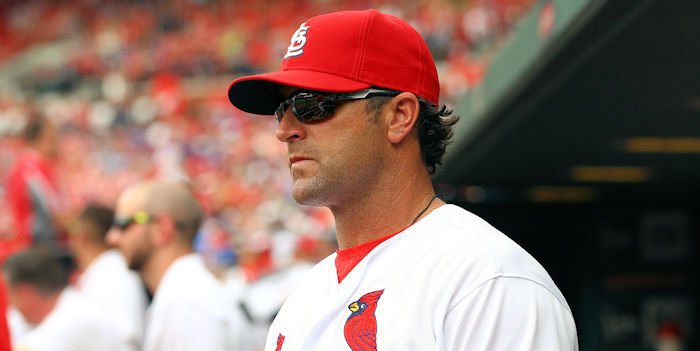 CHICAGO -- Chicago Cubs manager Joe Maddon is known to be big on slogans that he puts on t-shirts for his Respect 90 foundation. However, his rival National League Central manager Mike Matheny of the St. Louis Cardinals has his team playing well at home with a 6-0 record in Grapefruit action and took a jab at the Cubs during an interview.

"I think we have T-shirts somewhere that say something about winning at home," Matheny said with a grin to reporters.

Regardless, if Matheny purposely tried to dig at Maddon's myriad of motivational t-shirts, his team desperately needs to improve on their 38-43 home record from 2016 if they have any shot of competing with the Cubs this season.

Like the famous saying goes by Oscar Wide -- "Imitation is the sincerest form of flattery that mediocrity can pay to greatness."

Remember this is the same team [Cardinals] that momentarily banned "Try not to suck" t-shirts at Busch Stadium when the Cubs were in town last season.

The heated rivalry between the Cubs and Cardinals will renew with a three-game set starting on Sunday, April 2, 8:35 PM at Busch Stadium on ESPN.