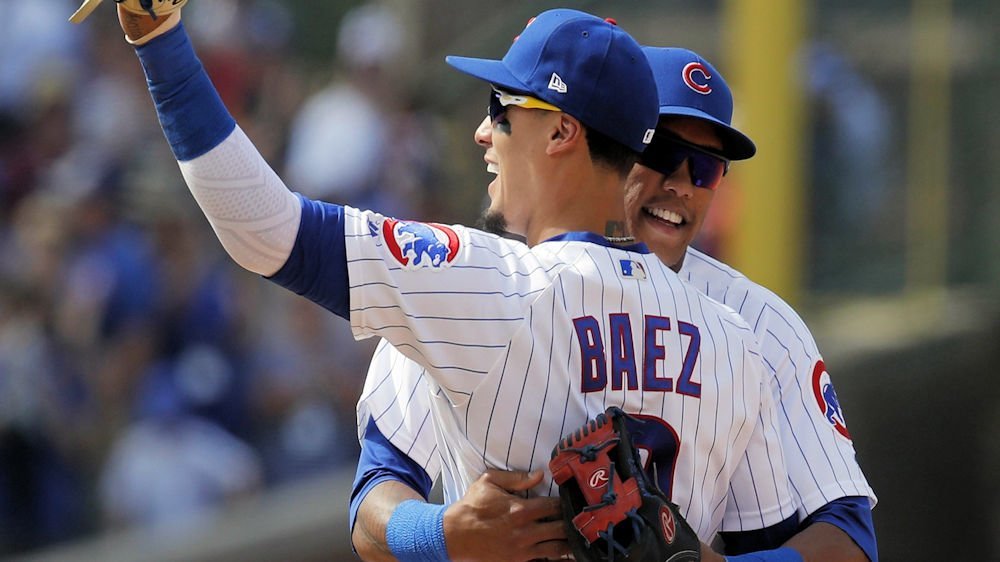 During the CubsHQ roundtable meeting this morning, I realized that my esteemed colleague, Dan Marich, apparently must have bumped his head overnight. The meeting opened with Dan stating that he didn't think that Javier Baez was a MVP candidate in the National League.

Huh? I’ve made some statements that have riled the readers, but that was a doozy, Dan.

Most every fan is aware of the MVP award, but how many know the criteria?

I found an interview (2016) conducted by Anna McDonald of ‘The Hardball Times,’ which explains it perfectly. Ms. McDonald interviewed the secretary from the BBWAA (Baseball Writers Association of America), the panel charged with selecting the MVP.

“There is no clear-cut definition of what Most Valuable means. It is up to the individual voter to decide who was the Most Valuable Player in each league to his team. The MVP need not come from a division winner or other playoff qualifier.”

“The rules of the voting remain the same as they were written on the first ballot in 1931: (1) actual value of a player to his team, that is, strength of offense and defense; (2) number of games played; (3) general character, disposition, loyalty and effort; (4) former winners are eligible; and (5) members of the committee may vote for more than one member of a team.”

With the rules established, let’s see how ‘El Mago’ stacks up as an MVP candidate, not only for the Cubs but the league as well.

I can’t even begin to capture in words, what Baez does to contribute both offensively and defensively, as the man is nothing short of a human highlight reel. His blind flips to second, outrageous baserunning decisions, sleight-of-hand slides and a general ability to make the impossible happen, don’t even begin to scratch the surface. He plays three positions and excels at all of them. The only problem with Baez’s defense is that he makes the unexpected happen so frequently, that we’ve begun to expect it.

David Bote recently commented on Baez: "Don't take it for granted. Enjoy what he brings to the field every day because it's fun to watch. It's fun to play with."

Offensively, Javy’s name turns up in several of the measurable categories: 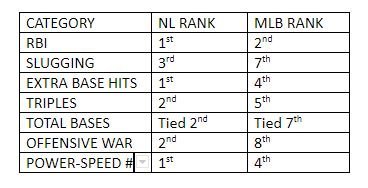 With “number of games played” being one of the criteria, Baez is a shoe-in. He’s appeared in 107 of the 109 games that the Cubs have played this season, which means that he’s on pace to play in a total of 159 games before the season ends at home on September 30th against St. Louis.

The final set of criteria, “general character, disposition, loyalty, and effort,” are exhibited daily by Baez, both on and off the field. Whether signing an autograph for a fan or spending a day off at a baseball youth camp, Javy always seems to place himself in the mix.

You’ll seldom find Javy without a smile on his face, and his effort on the field is exemplary. You won’t see his name in the headlines for violating the league’s drug policy or for being arrested on a domestic violence charge. Loyalty? Not even the birth of the ‘El Mago baby’ could keep Baez from the field, his teammates or the game that he loves, as Baez emerged unexpectedly from the dugout to pinch-hit on the day of his son’s birth.

You’d think that writing an article about Javier Baez and what he brings to the Cubs, the fans and the game of baseball would be an easy assignment, but it wasn’t; some things you have to see for yourself. If Baez isn’t MVP material, I don’t know who is…